The first images of the Xiaomi Mi Band 6 are being shared online, and a global version named the Mi Smart Band 6 seems likely to launch soon. The new fitness tracker has all the features provided by the Mi Band 5 along with added features, such as SpO2 monitoring and Alexa support (blood oxygen level measurement). The Mi Band 6 could also have a larger screen.

In addition, the rumors are that the phone would carry built-in GPS with it it. The band is also tipped to arrive with up to 30 operation modes as compared to just 11 found on the Mi Band 5. 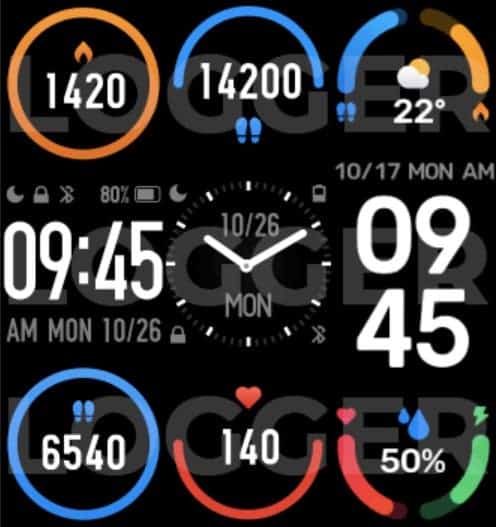 A set of dial patterns are also shown in the firmware log. It is interesting to note that up to 308 notification icons for displaying chat information will be enabled by Mi smart Band 6. Currently, the Mi Band 5 has numerous built-in features, such as music, heart rate, sports, pocket, etc.

After a massive success received by the Xiaomi Mi Band 5/Mi Smart Band 5, an initial leak with regard to the successor Mi Band 6 points in a similar direction in terms of success. The new smart band will likely to sport all the same useful features as its predecessor, it will also have a range of innovative useful tools and visual enhancements.