Microsoft counts on shooter game ‘Titanfall’ to fire up Xbox One

Microsoft Corp is betting on making sci-fi combat game “Titanfall” a hit big enough to boost sales of its Xbox One videogame device, helping it catch up in terms of sales with rival Sony Corp’s PlayStation 4 console.

Retailers are gearing up to get in on the buzz that has built up around the release of the game, one of the most anticipated new products for the latest version of the Xbox, by hosting over 6,000 midnight launch events worldwide.
[blockquote cite=”Yusuf Mehdi, head of marketing and strategy for Microsoft’s Xbox group”] We’re making a big bet that ‘Titanfall’ is going to be a blockbuster launch for Xbox; the $60 game allows players to go toe-to-toe as soldiers, or take control of giant robots in a war-torn urban setting.
[/blockquote] [blockquote cite=””] We don’t have a sales forecast for the game to share, but we expect it to be big for us
[/blockquote] 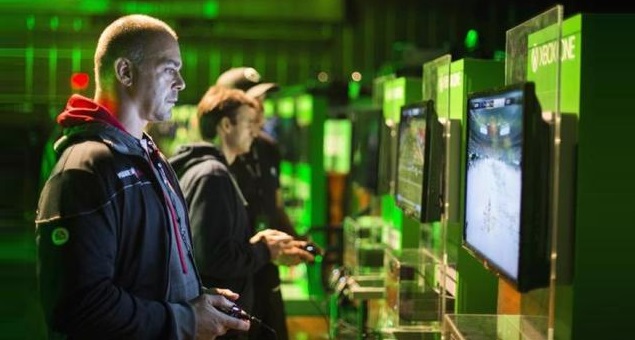 With the launch of “Titanfall” much anticipated, the games industry is watching to see if the title can replicate the “Halo” effect. Released exclusively for the Xbox back in 2001, “Halo” – another sci-fi shooter game – became a blockbuster franchise, fuelling sales of Xbox consoles.