Recently, the new office design was tested by Microsoft. The software developer initially modified its Office design last year before announcing last month that Office has developed a new UI to match the new operating system on Windows 11. Office Insiders may now access the new user interface and all Microsoft 365 users will have access later this year. 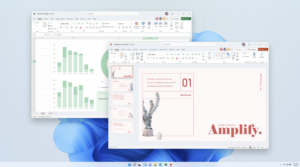 The major improvements are the Office Ribbon Bar, with subtle changes to the Word, PowerPoint, and Outlook buttons. Originally Microsoft made more significant modifications to their Office UI, including shifting to a command bar, rather than a typical ribbon interface.

However, instead of totally changing the interface, Microsoft is gradually introducing minor changes to its Office design. Microsoft is working on adaptive commands, which will ultimately replace Office’s ribbon interface with a toolbar, which can be adjusted to float nearby activities in documents. 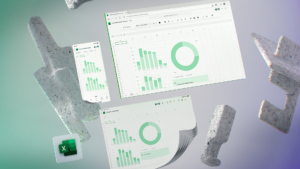 These improvements will available on the web and mobile versions, major design updates of Word, Excel, PowerPoint, and Outlook. Microsoft indicated last year it may take one or two months to implement these changes.

This update will be available for both Windows 10 and Windows 11 users, will enhance the Microsoft Office performance and usability. To get beta channel changes in office configuration, you need to be part of the Office Inside Group. Upon updating, a megaphone icon at the top of an Office application will toggle the new interface on and off.