On 22 September, Microsoft is scheduled to conduct its next Surface Event to reveal upgrades to its PC and tablet’s new Surface range. This event will be held online due to the coronavirus epidemic. Live streaming of the event of Microsoft will be online on 22 september at 11 a.m. EST (8:00 pm in Pakistan).

Microsoft will announce the introduction of the Google Pixel 6 Series, laptop and tablet, in the heavily busy month of September. Windows 11 will also be available from October 5 according to Microsoft.

At the event a new Surface Laptop, and the next version of Surface Duo 2 is scheduled to be introduced. Windows 11 will also be updated next to its devices. Microsoft will probably start a replacement for its Surface Book 3 laptop together with its surface duo 2.

The next-generation Surface Duo tablet will fill its Android-powered, dual-screen predecessor’s footsteps. While the Surface Duo 2 is not very known, a couple of pictures of the gadget had leaked online earlier this year. The report indicate it will have a big camera update is for the Android phone of Microsoft. 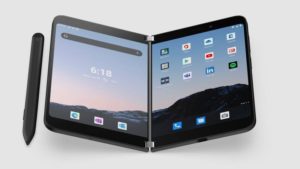 A Qualcomm Snapdragon 888 processor is rumored for the Surface Duo 2. In addition, on-board support will be provided to 5G networks and NFC assistance.

Surface Duo gadget is believed to include a triple camera system on the rear. A regular broad-angle lens, ultra-wide-angle, and telephoto lens are likely to be included. In addition, the firm allegedly relocated the fingerprint sensor to the power button and placed the USB-C port down, according to leaked reports.

The Surface Book device, the successor of Surface Book 3 introduced in 2020. As the Surface Laptop pro is also scheduled to launch on upcoming event. According to the rumor, the forthcoming Surface Laptop patent design reveals that it will arrive with a design like Surface Studio. This is also the first Windows 11 preloaded Microsoft gadget. 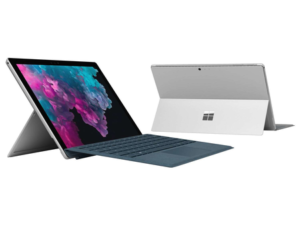 In the screen sense, a 14-inch display with a 3:2 aspect ratio is expected on the Surface Laptop Pro. Nothing is clear yet, however, an Nvidia RTX graphics card is expected to be included.

You have to wait until 22 September for further details on the items listed. There is a possibility that Microsoft Surface devices specs will be revealed before launch.