Good news for Android users as they can create and edit documents on-the-go while using Microsoft Office on their smartphones. Microsoft has released Office for Android smartphones and it is now available for free on the Play store. Previously, Microsoft released its version of popular productive suite for iOS platform and recently in January, it also released a version of Android tablets. 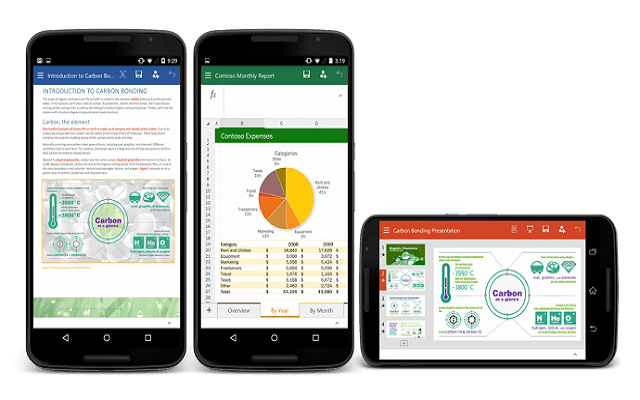 Just like the tablet version, Microsoft Office for Android will only support KitKat and above versions of Android. This App has similar interface as iOS version, as Microsoft adopted the cross-platform approach. Now Users can easily make edits to documents, spreadsheets and presentations. Unlike Office 365, which requires subscription, Office for Android hasn’t been designed to handle full workload by the company. Furthermore, Microsoft has also introduced full Dropbox and One Drive support for this newly launched Android version.

[pull_quote_center]Microsoft Office for iOS and Android was downloaded approximately more than 100 million times. For the past few months, Microsoft has been ensuring that its products are available across all platforms. Microsoft is trying to retain the MS Office customers by offering them a free version of its popular software on Android, iOS and Windows phone platforms. The move is seen as a counter against the various free productivity suites available on iOS and Android.[/pull_quote_center]
Saima IbrahimLast Updated: Jun 29, 2015
Share
Facebook Twitter Pinterest