Last week there were many news circulating on the internet regarding the launch of Microsoft  Windows 11 and we thought that it just a few days ahead. No doubt, Microsoft unveiled Windows 11 last weeks but it made a confusing revelation regarding the launch as it said OS is coming “this holiday”. Since it was not much specific, when we look closer at the released images, we can clearly get an idea that Windows 11 will arrive in October.

Below is the promo material on Microsoft on the Windows 11 website confirming October 20 launch date in the taskbar. Moreover, our doubt regarding the launch date was further confirmed when we found the Microsoft Teams message from Stevie Bathiche sent to Microsoft’s head of Windows and Devices, Panos Panay,  stating “can’t wait for October!”. 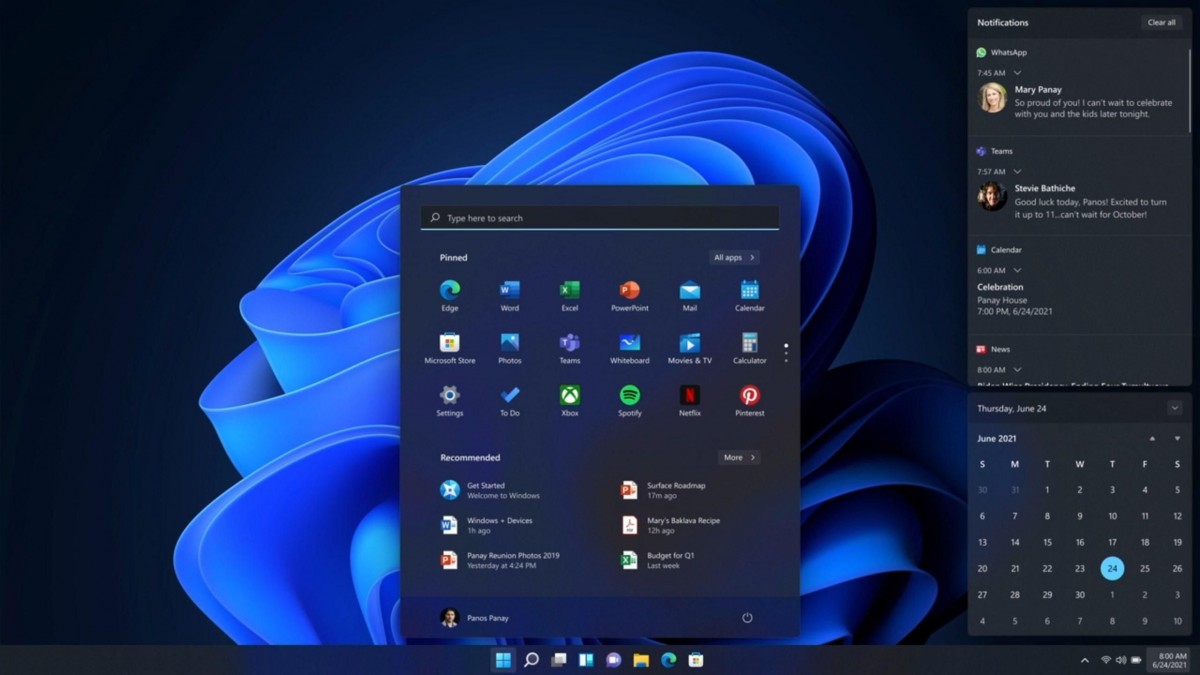 No doubt, we all were anxiously waiting for Windows 11 which is said to be loaded with amazing features. Among many marvelous features, Microsoft has redesigned the taskbar and start menu. Inspired from MacOS, Windows 11 has style-centered taskbar icon placement and items like clocks and icons are still present there. The left side of the interface is empty and Widnows should have included something there as well.

The main attraction of this revamped design is the new start menu that is placed in the middle with an entirely redesigned user interface.  A search bar is located at the top of the updated menu and the wide range of recommended items are placed below. The company has also updated the store app for windows 11.

So let’s wait for another 3.5 months to enjoy Windows 11.