Earlier this month, Interior Minister Mr Rehman Malik had banned MNP service and sale of Sims by cellular operators through their outlets and asked them to dispatch Sims to applicants through courier services to ensure their identity. This created a lot of unrest in telecom sector. Traders and telecom sector have flatly rejected a ban that bars the shopkeepers from selling of mobile phone SIM cards at retail outlets.

A delegation of senior management from VimpelCom, called on Prime Minister Raja Pervez Ashraf. VimpelCom discussed Mobilink’s existing investment of more than USD 3.9 billion and plans of further investment of USD 1 billion in Pakistan for Mobilink network. The issue of 3-G licences was also discussed at the meeting.

Mr. Lunder, Chairman/Chief Executive Officer of VimpleCom
[pull_quote_center]The nature of telecom sector investment was long-term and dynamic because of a rapid change in technologies. He said the skill and competence shown by human resource available in Pakistan had impressed the multinational telecom companies.[/pull_quote_center] 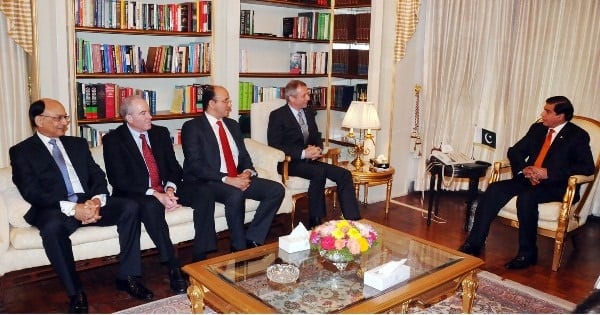 Prime Minister said that the mobile phone companies would continue to issue Sim cards from their own business centres as well as franchise centres after verification from the National Database and Registration Authority.

The sale of Sims by retail networks would, however, remain suspended until biometric devices are deployed at each centre.

Mr Ashraf assured the delegation that measures taken by the government for the cellular sector would be guided by the principle that the normal lifestyle of the general masses should be least affected.