Mobile services will remain suspended in Lahore from 8am to 8pm on Friday on account of Eid Miladun Nabi. now people will not be able to contact to their loved ones with their phones on Eid Milad un Nabi.

The service suspension will begin at Minar-e-Pakistan and surrounding areas from tonight. The Lahore police have requested the Punjab government to suspend mobile networks from 7:00 am to 10:00 pm today (Friday) to avoid any untoward incident on the occasion of Eid Miladun Nabi (PBUH). SP Security Abdul Ghaffar Qaiserani has written a letter to Punjab government in this regard.

The suspension of mobile services to avert terror attacks has become a norm in Pakistan, with services being banned during all crucial religious and political events. According to the interior minister, cell phones are being used by terrorists to trigger bombs.
Meanwhile, security arrangements across the country have been beefed up to prevent any untoward incident.

Around 1,000 police personnel will perform security duties in Islamabad on 12th Rabiul Awal, which falls on January 25. Meanwhile, 4,000 cops will be deployed in Rawalpindi to ensure security for the main procession of Eid Miladun Nabi. 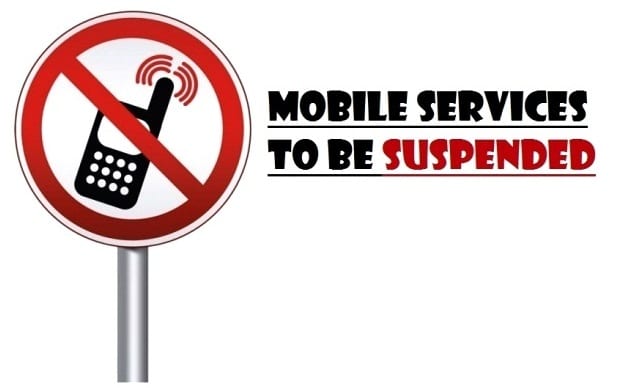