Mobilink Hires Anjum Rahman of Telenor as Communication Director. Mobilink Pakistan has filled its long vacant slot for Director Communication and sustainability, after it was spared by Omar Manzure. He left the role in November 2016 after getting job at VimpelCom.

New director will be joining mobilink  at a time when both Warid and Moblink are merging. Now Mobilink will have over 50 Million customers.

Anjum Rahman will be joining Mobilink from January 2nd, 2017. Before this assignment, Anjum has served Telenor group in 2010-2012. Prior to her association with Telenor, she was working with Express News 24/7 as senior Producer/Special Correspondent. There she has been host of the TV news & current affairs talk show ‘The Other Line’. Anjum has also contributed to The Express Tribune for a while. 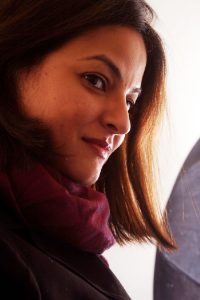 She has also worked as Senior Media & Advocacy Officer at the Canadian High Commission in Islamabad from 2004 to 2008. She also provided consultancy to World Bank during her career.