With the advancement of technology, earth has become a digital place to live in. We get fascinated when come to know about new technologies launching on earth and keep on telling you about them, but this time we have a very interesting news that is beyond anyone’s imagination. Yes, Moon will get Its Own Mobile Network in 2019.

Gone are days when we used to give examples that a man has even manged to go to moon. Now we will jump to one step forward as men has manged to equip it with the first ever mobile network.

Moon will get Its Own Mobile Network in 2019

The mobile network will be provided to moon by next year, enabling high-definition streaming from the lunar landscape back to earth, part of a project to back the first privately funded moon mission.

Vodafone Germany, Nokia and car maker Audi yesterday revealed that they were working on bringing this mission to reality. It took them 50 years to incorporate a mobile network on moon after the first NASA astronauts walked tot he moon.

Vodafone also announced that it has appointed Nokia as its technology partner for developing space grade network. It will be small piece of hardware with weight less than bag of sugar. 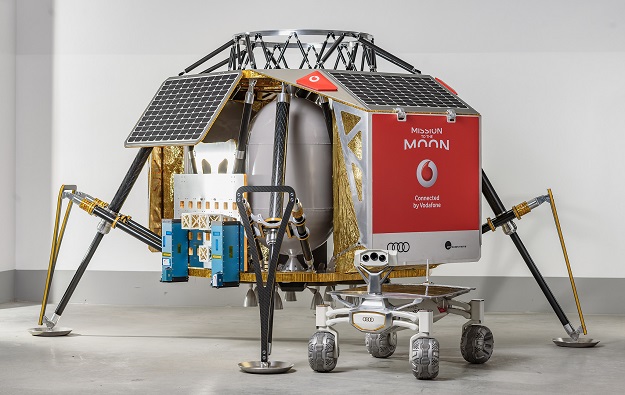 All the three above mentioned companies are working with Berlin based company PTScientists to complete  this project as soon as possible.

It was also revealed that they had decided to build a 4G network rather than the upcoming 5G network as the next generation networks are in testing phases and it is not that stable yet to ensure if they will work well from lunar surface.

This news made my day! What about you people?