The first major Windows update of the year focuses on new applications for Windows 11. More people will be able to use a revamped Notepad app, Windows Media Player, as well as the Photos app’s photos editor experience. But, the new Notepad is only open to Beta Channel customers for this moment being. Gladly, all users can enjoy the Photos app and Media Player. Windows 11 is mostly about design changes, as you’re surely aware, and Microsoft is already working hard to ensure its native programs reflect the new appearance and feel. Several apps, including Notepad and Groove Music, looked weird when Windows 11 was first released.

Microsoft made the Notepad available for the Beta Channel this week, meaning it can now be downloaded on Windows 11 Build 22000 and newer. Notepad is still most people’s go-to program, now has a dark mode, updated menus, and a separate settings page. 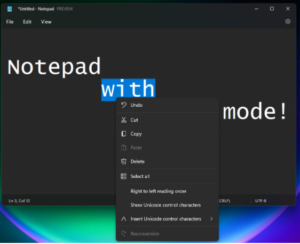 The old style of Windows Notepad has been refreshed with a hint of WinUI and Fluent Design. Wow! Right-click contextual menus, top-level windows, menu options, pop-up notifications, the search tool, and other features in Notepad now have rounded corners. There also includes new animations and icons. Now, you can customize the fonts and themes.

Everyone can now use Microsoft’s updated Photos app, which features a fresh cropping tool, aspect ratio settings, and more. You may also quickly modify the pictures, make lighting tweaks, and make use of additional mark-up capabilities. 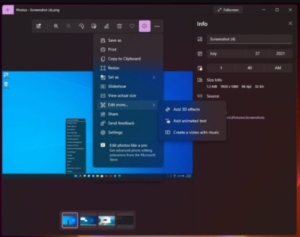 Microsoft is substituting Groove Music by Windows Media Player for customers who are not part of the Windows Insider Program. The revamped Media Player is built on Groove Music and additionally supports MKV and MP4 video formats. It’s Groove Music’s biggest substantial change in years, comparable to Windows 11’s Notepad revamp. However, performance level and supported video formats are unlikely to alter significantly. 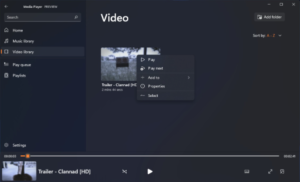 Since Windows Media Player is built on the Groove and Movies & TV app principles, it is not yet able to compete with powerful media players such as VLC and MPV.

You may be also interested in: President Insists Pakistani Youth to Fully Exploit the Booming IT Market