The recently released Snapdragon 750 G SoC and significant specs have been tipped to feature in Motorola’s upcoming smartphone Moto G 5G. The Moto G 5G was unveiled back in July as the vanilla version of the Moto G 5G Plus. Specifications and an image have been leaked for the non-plus edition indicating that the unit has a single hole-punch cut from the auto camera and has triple rear camera setups.

The original expectation was that the Snapdragon 690 SoC will drive the Motorola Moto G 5 G, but the latest reports say the new Snapdragon 750 SoC may be available. The Moto G 5G will have a 6.66-inch full HD+ (1.080 x 2,400 pixels) 60Hz the refresh rate was then confirmed by Adam Conway and Mishaal Rahman from the XDA Developer. The Snapdragon 750 SoC is provided and comes fitted with 6 GB of RAM with a storage capacity of 128 GB. 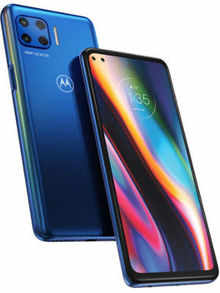 A triple rear-camera system is supposed to have a 48-megapixel main sensor, a secondary 8-megapixel sensor, and a tertiary 2-megapixel sensor. In a centrally placed hole punch cut out on the front, the Motorola Motorola G 5G will come with a 16-megapixel camera sensor. A 5000mAh battery supports the handset and the Google Assistant button is also said to be used. It will run on Android 10 and support NFC.

The Motorola G 5G is called ‘Kiev’ and it is carried model numbers XT2113-1, XT2113-2, XT2113-3, and XT2113-5, possibly for the different regions. In the design, SlashLeaks’ shared picture reveals a punch-hole design for the Motorola G 5G screen, which has slim bezels on three sides and a slightly thicker chin. Lenovo-owned Motorola has not yet shared any Moto G 5G information, and when the phone is going to release is unclear.

You also may be interested in: New Motorola Smartphone with 6,000 mAh Battery Certified