Motorola is prepping to launch the high-end flagship series, Moto G7 Series very soon. It is most likely to launch in the first quarter of 2019. Moto G7 Series will consist of four smartphones, G7, G7 Plus, G7 Play, and G7 Power. Recently, the live images of the retail box of Moto G7 Plus showed up revealing the key specs of the handset.

Moto G7 Plus Will Boast OIS For Its Main Camera

According to the leaked images, Moto G7 Plus will support 27W TurboPower Fast Charging.  Furthermore, it will also feature OIS for the main camera. These two features are usually not for the mid-range handsets so, this will be a very strong selling point for Motorola’s flagship phone. 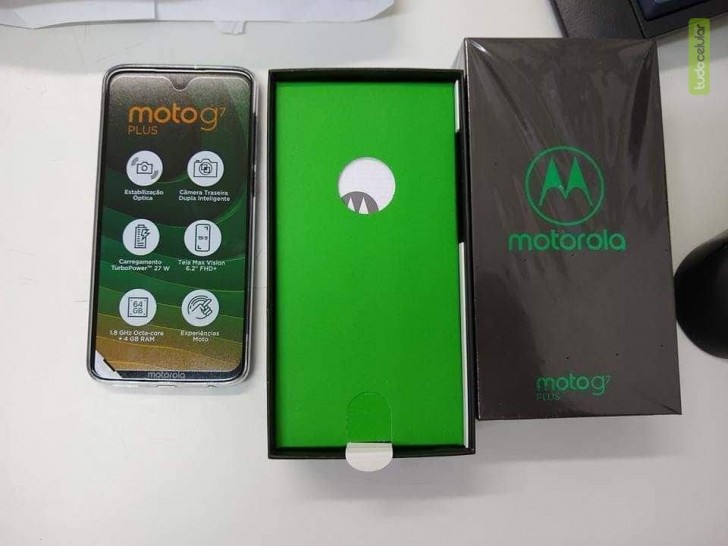 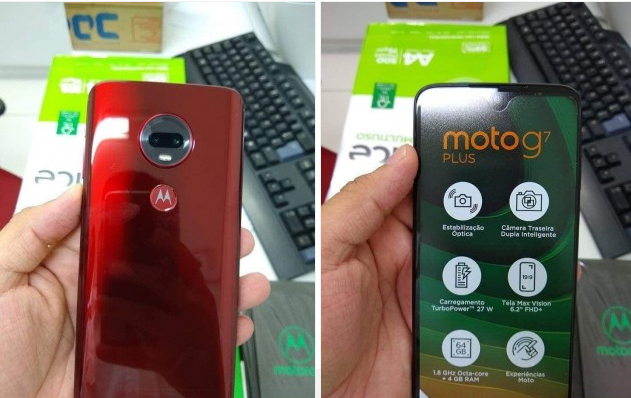 There had been a lot of rumors and leaks about this upcoming series for many weeks. The renders of the phone were also spotted online a few weeks back. According to the previous reports, Motorola G7 Plus will feature a 6.24-inch screen with octa-core Qualcomm Snapdragon 636 SoC. In addition to that, the Moto G7 and G7 Plus will have a tear-drop notch. However, the Moto G7 Play will contain a single selfie camera and front-facing flash. As per the camera setup is concerned, the Moto G7 and G7 Plus have horizontally-placed dual cameras while the G7 Play and G7 Power will only use a single rear camera. The smartphone company has covered the lack of rear camera by introducing fingerprint sensor embedded in the Moto batwing logo.

Motorola is all set to hold an event on Feb 7 in  Brazil. So, it is expected that the company will launch their highly anticipated series at that event. We still have no further information regarding the series yet. So, Let’s wait and watch as only a week is left in the upcoming event.