As we have already reported that Motorola is working on a new handset, G7. The upcoming phone, Motorola Moto G7 has also passed the FCC Certification. It means that the smartphone will soon make its way to the market. The company has launched G6 earlier this year and we hope that the company will launch this upcoming smartphone at the start of the next year. There had been a lot of rumors about the handset. Recently, Moto G7 press render showed up that unveiled some of the design details of the phone.

Moto G7’s body is made of both glass and aluminum just like its predecessor. The phone have a waterdrop notch paired with slim side bezels.  Furthermore, it has a significantly smaller chin. The phone doesn’t have a fingerprint scanner. Instead of the fingerprint reader, Motorola has embedded the security feature within the rear logo. In addition to all this, the phone features a dual camera setup. The phone is expected to be powered by Qualcomm’s Snapdragon 660. Moreover, the regular Moto G7 will feature two RAM options that are 4GB or 6GB RAM. Both will support 64GB of storage. 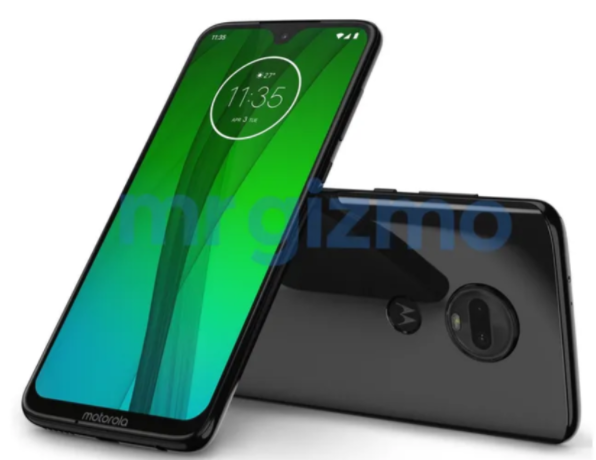 The device will be powered by a 3,500 mAh battery. The smartphone will run Android 9.0 Pie out of the box. In addition to this, a speaker grill, USB Type-C port, and 3.5mm headphone jack will be present at the bottom. This will be combined with a couple of microphones on top, and a volume rocker and power key on the right side. We are still not sure about all these specs because it will be too early to confirm any specs right now as there are no words by the company yet. The phone will launch most probably in Q1 or the beginning of Q2 2019. So, just wait and watch what comes next ahead of its launch.