Motorola introduced the Motorola Edge X30 flagship phone earlier this month as the world’s first phone to have the Snapdragon 8 Gen 1 processor. It has been announced that an under-display camera edition of the phone with the same specifications would be available. According to recent reports, the business is working on a new model of the phone named the Edge X30 Pro. While there is no official confirmation of its existence, the device’s name has surfaced via its Geek bench listing.

With the Moto Edge X30, Motorola became the first business to debut Qualcomm’s next flagship processor, the Snapdragon 8 Gen 1. According to a new source, the business is already working on its upcoming SD8G1 smartphone, which will compete with the Xiaomi 12 Pro. Although Motorola has not verified its existence, the Edge 30 Pro has just surfaced on the Geek bench, exposing some of its features.

According to the description, the Edge 30 Pro will be powered by a Snapdragon 8 Gen 1 processor, which should be free of overheating concerns. The chip’s name is not included in the list, but the CPU information matches the 8G1. The single-core score of the phone is 1172, while the multi-core score is 3302. 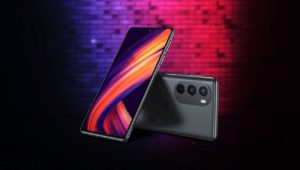 Specifications for the Motorola Edge X30

The Edge 30 Pro will most likely come with a Quad HD+ display, 108mp triple cameras, and wireless charging capability. Hopefully, the firm will reveal more details about its specifications in the following days.

Also read, As Per Reports The iPhone 14 Will Not Include a SIM Card Slot