We learned more about the upcoming Moto G42 earlier this week courtesy to a Geekbench listing that revealed the phone will be powered by the Snapdragon 680 processor. New leaks has  now revealed the device’s whole technical specs list, as well as a fresh official image of its blue colorway. Blue Motorola Moto G42 The Moto G42 is believed to include a 6.4-inch FHD+ OLED display (no information on refresh rate) and a punch-hole cutout for its 13MP front camera. A 50MP main camera, an 8MP ultrawide lens, and a 2MP macro camera will be housed on the rear.

Android 12 is used on the software side, with Motorola’s MyUX on top, while a 5,000 mAh battery with 18W charging is featured in the battery department. The phone will also have a fingerprint scanner on the side that also serves as a power button. A 3.5mm audio jack is also included. 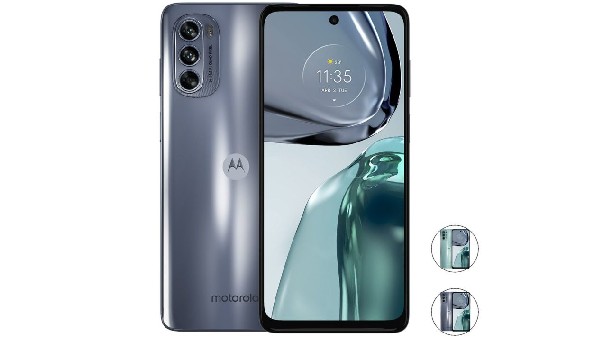 According to leaked Moto G42 photos, the phone would include a hole in the screen for the selfie camera. On the sides and top, the gadget will have nearly no bezels, although the bottom bezel will be slightly thicker. The phone will sport a huge square-shaped camera module on the back. The power button and volume rocker will be located on the right side of the handset.