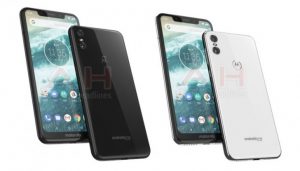 Motorola One leaks with Glass back

In photo it looks smaller than Motorola One Power, but it is not clear whether it has a smaller screen or is just more compact. You can see at the front of the phone there is screen notch.

Motorola one device tend to be aimed at more developing markets. This is the reason that it has lower specs than flagships and will be available at affordable Price.