Motorola is expected to launch two flagship smartphones in December. One of these smartphones will be known as the Moto Edge S30 and will be powered by the Snapdragon 888+ processor. The Chinese version of the recently launched Moto G200 feature the Snapdragon 888+ processor. The Moto Edge X30 smartphone will be more attractive of the two devices. This device will be powered by the upcoming Snapdragon 8 Gen 1 SoC and will include attractive specifications like a 144 Hz refresh rate display and 68W quick charging. The most recent news says that a third handset that will be introduced soon and will include a selfie camera built into the display.

Motorola, the Latest Company to Launch a Phone with a UD Selfie Camera Very Soon 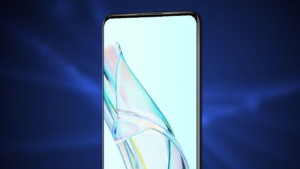 The ZTE Axon 20 pioneered the UD selfie camera trend. It was soon followed by the Xiaomi Mix 4, the Samsung Galaxy Z Fold 3, and ZTE’s own enhanced version, the Axon 30. The UD camera technology enables a complete full-screen experience on smartphones by making the front-facing sensor almost undetectable. However, while it increases screen real estate, it degrades camera quality. Even with post-processing, the photographs are mediocre and do not appear optimal. This is why this technology has yet to become widely used.

Motorola is the most recent manufacturer to enter this market. This also implies that Lenovo’s technology is ready for implementation. The fresh study comes from Digital Chat Station, a reputable source. He did not disclose the phone’s name or if it will be part of an existing range or the first in a new series. It remains to be seen whether Motorola will be capable of improving technology with its forthcoming phone.

You may be also interested in: Local Manufacturing of Samsung Phones Officially Starts in Pakistan