The leaked images show the three cameras arranged in a square. These positioned in a circular module on the back which is currently the unique design and have not been revealed by any other manufacturer.

The device does not have an official name yet. However, the leaked photo named it Nokia Daredevil. Moreover, one of these cameras will be of a 48MP sensor. 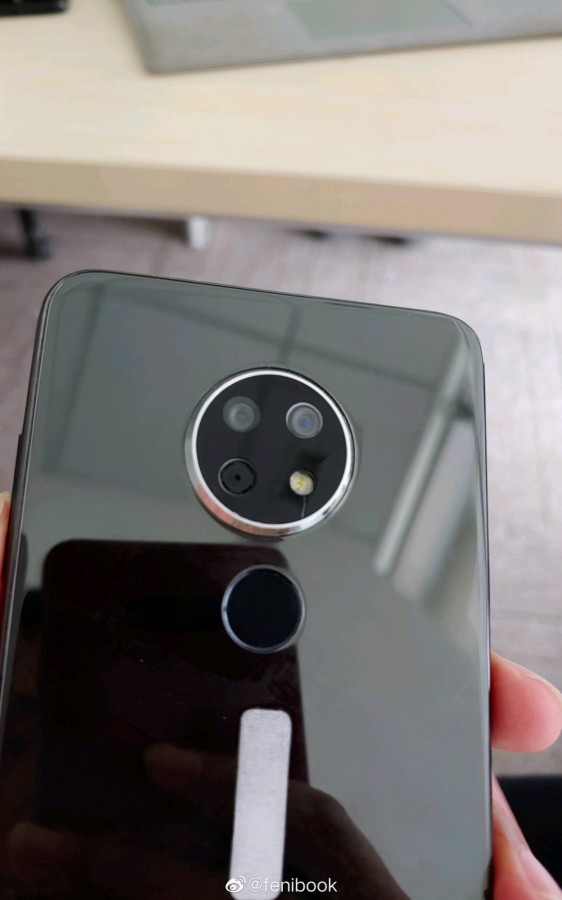 The images also revealed a notch on the front and clean Android with Google services as is the norm for HMD-made Nokia phones. There is also a USB-C port at the bottom. On the left side, you can see a dedicated button for Google Assistant.

The phone will have a fingerprint scanner on the back of the phone. Moreover, it will have an LCD screen. The rumors also claim that it will be a mid-range smartphone. So, it may be powered by a Snapdragon 710 or Snapdragon 730 chipset.

This is all that we came to know so far. But we will update you when we will get more information about this phone. Currently, Nokia has also not revealed any thing about this phone. So stay tuned for more updates.