Opinions may differ on how good a deal this is, but a slew of 16- and 64-bit classics will soon be easily worth playing on Switch, and — despite our wallet’s groans — the chance to play including Super Mario 64, The Legend of Zelda: Ocarina of Time, and Mario Kart 64, Banjo-Kazooie and F-Zero X on modern hardware (both of which are admittedly coming’soon’ rather than dropping at launch) is certainly cause for celebration.

The Nintendo Switch Online + Expansion Pack membership tier includes all of the same features as the normal Switch Online service, such as online multiplayer, classic NES and SNES games, cloud saves, and other bonuses. Individual subscriptions will cost $49.99 per year, while combined family memberships will cost $79.99.

We first saw the new Nintendo 64 and SEGA Genesis Switch Online game collections at the end of September, during a comprehensive Nintendo Direct presentation. Since then, Nintendo’s new OLED Switch system has been unveiled, along with a slew of information on the launch games, release date, special edition wireless Nintendo 64 and Genesis controllers, pricing, upgrade routes, and more, all of which is listed here. 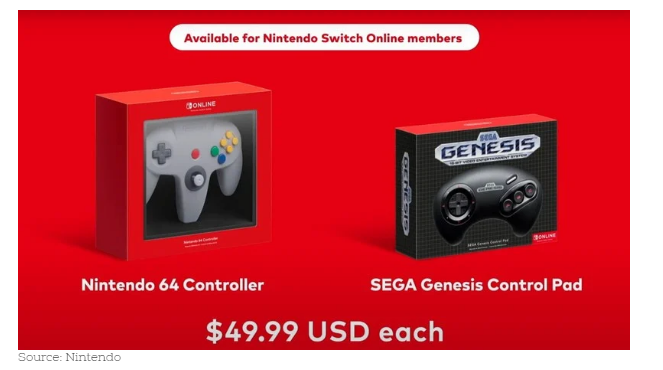 As part of the new N64 and SEGA Genesis Expansion Pack, Nintendo is also offering Nintendo Switch controllers that are supposed to appear and function like old system controllers. These controllers, however, may only be purchased if you have an NSO membership. Both need a USB-C connection to charge, are wireless, and will cost $49.99 each.

Will it be online Multiplayer?

Players with a Nintendo Switch Online + Expansion Pack membership may play multiplayer games with others all around the world. This will be ideal for games like Mario Kart 64.