Netflix also launched a Black Lives Matter group to showcase black celebrities and experiences as a reaction to current calls for social justice change in the United States.

What is Black Lives Matter movement?

Black Lives Matter is an international humanitarian movement that originates within the African-American community, campaigning against violence and systemic racism against Black people

Just days before this, the controversial 2011 ‘The Help’ rose on the Netflix charts, which may have prompted action from the end of the company. The collection does not feature The Help, which went to No. 1 as the most-watched film of last week’s streamer, amidst global mass demonstrations that broke out after George Floyd, a black man, died in police custody.

With an understanding that our commitment to true, systemic change will take time – we're starting by highlighting powerful and complex narratives about the Black experience.

Content producers are also replacing or adjusting to shows and films featuring racist stereotypes. HBO Max briefly removed from its catalog 1939’s Gone With the Sea, stating that when the film returns it would contain “a review of its historical context. (Similar moves were made earlier — Disney+ included disclosures for films such as Dumbo and Peter Pan since it was launched, while DVD releases of Looney Tunes featured Whoopi Goldberg explaining the history of prejudicial imagery seen in those cartoons.)

Meanwhile, Netflix has removed four Chris Lilley tv shows from its systems in Australia and New Zealand, and Netflix, the BBC, and Britbox have pulled Little Britain because of blackface sketches. In addition, as public outrage persists over misconduct by the police. 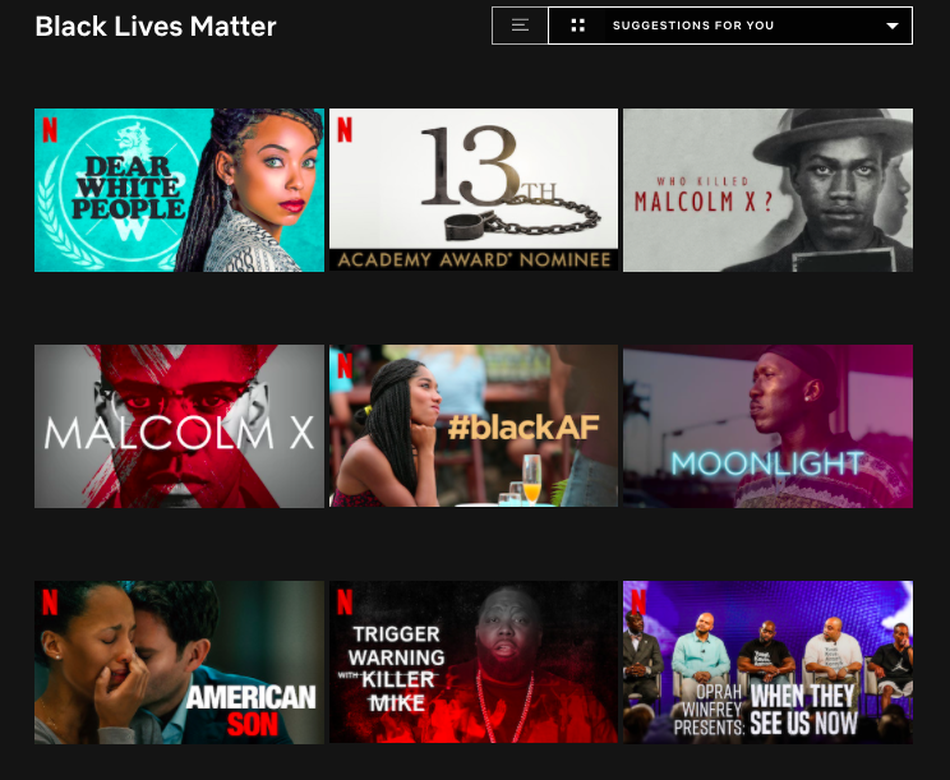 The rage behind this unrest all over the world has provided humanity a better version of its existence. As people of every sect, religion, caste and creed came at forefront to fight against racial violence. Not recently, but this discrimination has been in the talks and behaviors since long, who knows that George Floyd would become a symbol harmony. Black artists came forward to record their staunch protest against racial fight in the community and urged to end this ill from the society.