Netflix had been teasing Android users with slight changes to its User Interface. However, the release date of this update of Netflix was not revealed. Recently, we came to know that Netflix For Android got updated with the bottom navigation bar. However, we are still not sure whether these changes are rolling out to everyone or not. It may be possible that they’re only available in some regions.

In the recent update, the usual hamburger menu has been removed. Moreover, it is now replaced by a navigation bar where you have all the tabs that you would usually get when tapping the previous hamburger menu.

The navigation bar is placed at the bottom of the Netflix app. Furthermore, it consists of five tabs including Home, Search, Coming Soon, Downloads and More. These are the same tabs that you would usually get when tapping the previous hamburger menu. Moreover, we didn’t notice any other changes besides the new navigation bar at the bottom. 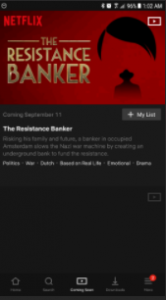 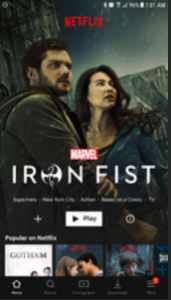 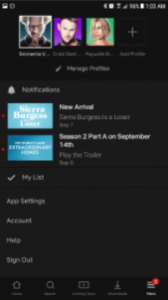 The newest update of Netflix listed in the Google Play Store dates from September 4. We are sure that it is a server-side update. So, you won’t know that your Netflix app has a new UI until you actually open it. So, if you are an Android user, just open the Netflix App and check whether your App has got the new user interface or not.