Netflix has launched a new website where it will reveal weekly stats after declaring last month that it will begin to change the way it ranks it ranks its top 10 shows.

The website displays the top ten most-watched movies and episodes on Netflix around the world, as the name implies. The rankings are divided into four categories: film (english), tv (english), film (non-english), and tv (english) (Non-English). 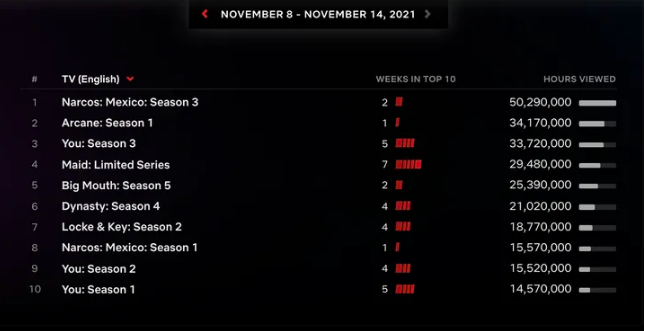 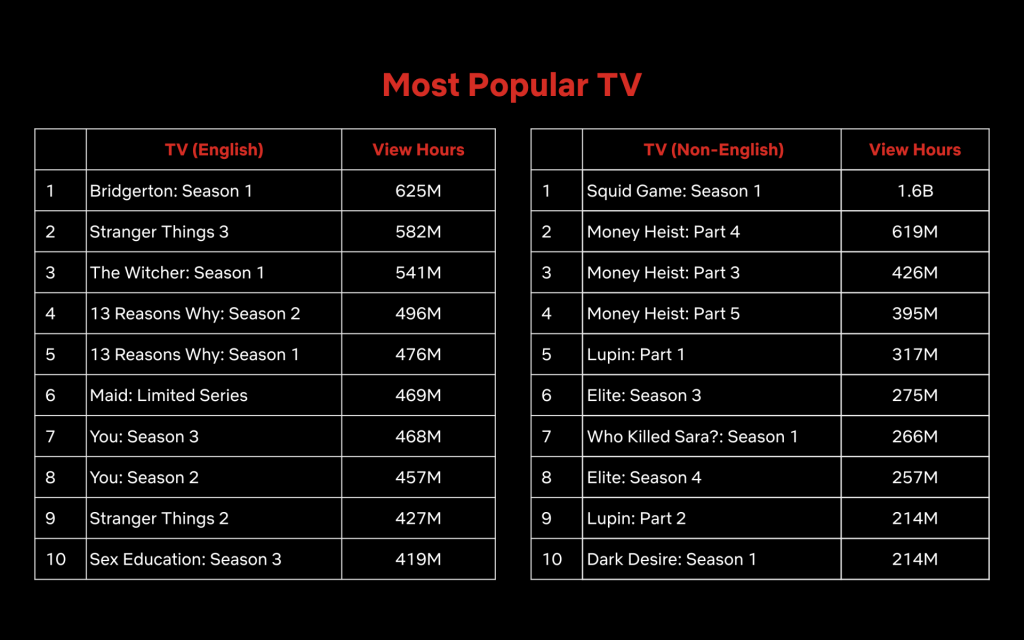 Each title has an indicator that shows how many weeks it was in the top 10 and how many hours it was viewed. Netflix also shows which countries viewed the most of each movie or episode. Every week on Tuesday, the list will be updated with data from Monday through Sunday.

RELATED: Netflix: Check out the list of the games you can play

According to Netflix’s press release, “we also know users want to follow our most popular films and episodes of all time. As new games become major smashes, we’ll update our overall lists, which we initially published last month. The total hours viewed in a title’s first 28 days on Netflix are used to compile these lists.”

“Whether you miss the end of one episode in a 10-hour series, or you don’t wait for the easter egg in the credits sequence, or you rewatch one scene several times rather than the entire film, all that viewing should be reflected in the popularity of the title,” Netflix writes.

We rank each season of a show and each film separately, thus Stranger Things seasons 2 and 3 may appear in the Top 10. Because titles fluctuate in and out of the Top 10, we also display the total number of weeks spent on the list by a season of a show or film.