About a month ago, Realme has introduced an entry-level smartphone, C3. The phone was quite affordable with entry-level specs. However now, the company is working on another low-priced smartphone. The New Affordable Realme phone has appeared on Bluetooth certification with some key specs. Let’s have a look at them first.

The phone has appeared with model number RMX2020 at Bluetooth SIG. The listing has revealed the MT6769 chipset which is Helio X20. This SoC has introduced almost three years ago.

Furthermore, the listing has also revealed a triple camera setup on the back. It includes 12MP main, 2MP macro and 2MP depth sensor. Also, the phone has a powerful battery of 5,000 mAh. Moreover, the listing also reveals a 6.5” screen with FullHD resolution. There will also be a 5MP selfie shooter. 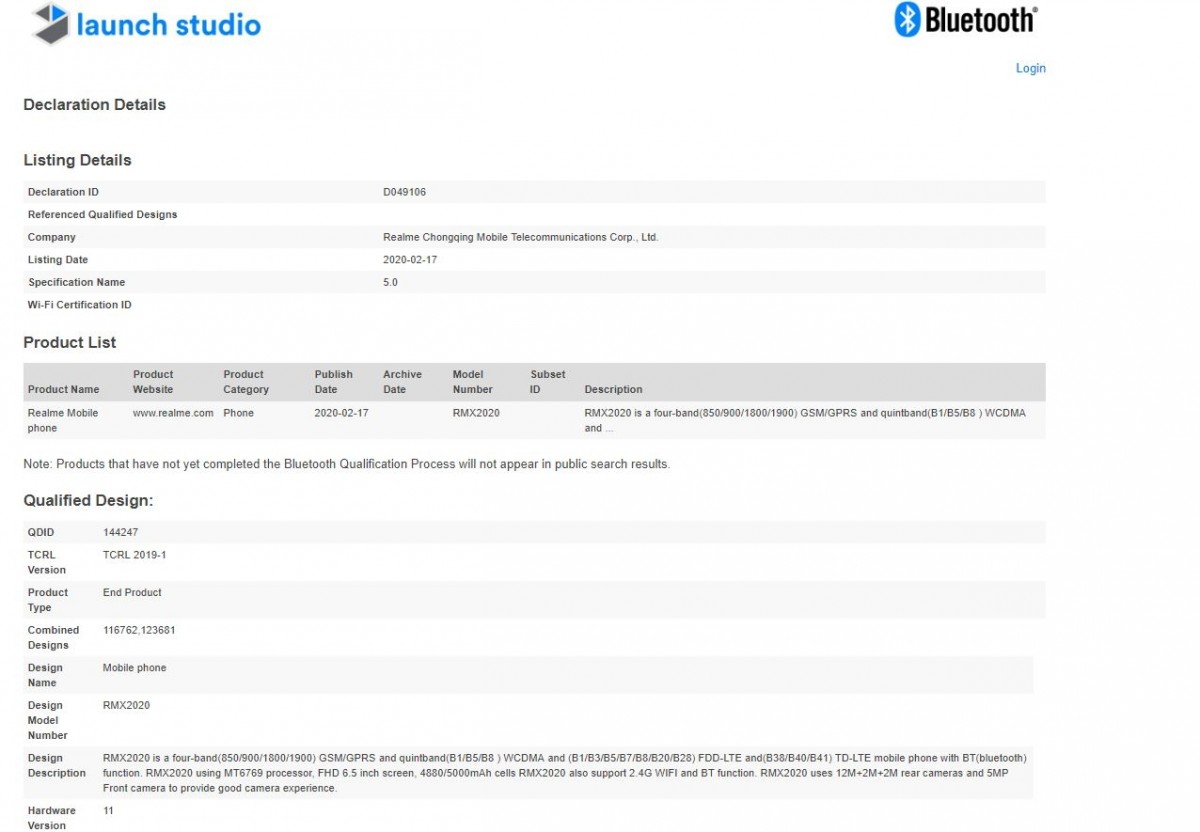 Unfortunately, this is all that we know so far about the device yet. As far as its name is concerned, the device may be called Realme C3i or Realme 3i. But we are not sure yet.

As the phone has appeared on the Bluetooth certification site, we will surely get the phone in the coming month. Stay tuned for more updates.