U.S. lawmakers to weaken the economic grip of the Big Tech particularly Amazon, Apple, Facebook, and Google in the world have introduced five new draft bills.

Rep. David N. Cicilline introduced the new antitrust legislation, saying, “The goal is to level the playing field between the largest companies and everyone else. Right now, unregulated tech monopolies have too much power over our economy. They are in a unique position to pick winners and losers, destroy small businesses, raise prices on consumers, and put folks out of work.”

After a 16-month investigation into how Google and Facebook operate, and confirming that they all have maintained unfair monopolies. The bills are being introduced to give consumers more freedom of choice. The collective net worth of Facebook, Google, Amazon and Apple is roughly $2 trillion and the market they have covered is even greater, these five bills would represent the largest push from lawmakers to regulate the power of the Big Four. 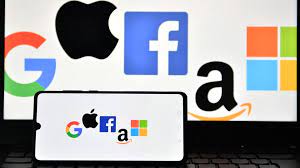 The Platform Competition and Opportunity Act

Facebook in the past have been accused of buying out their competition, WhatsApp and Instagram, the new bill will hinder the Big Techs companies in doing so in the future.

In two decades for the first time the Merger Fees have been increased making it too expensive to file the appropriate paperwork.

Recently Amazon faced an antitrust lawsuit that claims “The company is not being fair to third-party retailers.” The new bill will limit the supremacy of the Big Tech companies by prohibiting them from giving their own products and services special treatment over competitors that are dependent on the same services. These bills would make it illegal for companies to offer a “product or service that the covered platform requires a business user to purchase or utilize as a condition for access to the covered platform.”

This will require companies to make it easier for businesses and consumers to switch platforms through increased interoperability.

The bills must pass a vote in the House Judiciary Committee before being presented to the full House and eventually the Senate.