Today, Google’s hardware event where new Pixel phones, a new Nest a home speaker, and a new Chromecast are expected to be revealed in the company. The latter went on sale in the US inadvertently. In a store among older Chromecast-devices, we also have an image of the latest Chromecast with Google TV.

The new product was distributed in retail stores in Home Depot and few users were able to find the unit sales in their local stores. These early sales provide us with more details than just photos and allow the leak before the launch of a product. We now have more detail about the latest Chromecast, the cost, and some specifications and features of the latest Chromecast.

To start with, the unit will sell for $49 as seen in “Snow” white. There are two AAA batteries on the remote we saw in the leaks. The device is a “Sabrina Abbey” on receipt. We don’t know where the Abbey was from (maybe the new remote’s name), but we know it was the Sabrina codename from early reports. The new Chromecast runs a new Android TV version only branded as “Google TV. 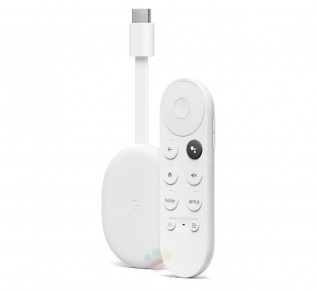 Dolby Atmos, Dolby Vision, DTSX, HDR10 +, as well as h.265 and 4 K resolution support are available. An earlier report disclosed technical information from another customer who bought the product early for the new Chromecast. The following specifics were discovered when the AIDA64 app was installed from the Play Store. It has 2GB RAM with 4154 MB of storage. Also supports 4-core ARM Cortext-A55 @ 1908Mhz and 64 bit ARMx8-A (32-bit mode).

A USB-C connector is used for the dongle itself, but it is not clear if this allows other protocols such as Ethernet or connections to hardware such as mouse and keyboards. meanwhile, the remote can relay a signal to a tv through the CEC that uses an HDMI to communicate with the tv, as it has volume buttons. Ergo, there’s no remote IR transmitter.

It doesn’t only seem like Home Depot, but Walmart has marketed the new Chromecast with the news late last week. Not all retailers are selling them, but we think it will not be long before we are available in the US, since we are closer to event time.

You may be interested in: Google Meet won’t limit calls on free plans to 60 minutes until March 2021