Mario is probably children’s favorite. Not only do children love Mario, but adults adore the character too. It is a trend that so many video games are out there featuring these characters. Mario Kart is among such games. It is a super engaging and interesting game to play with friends. Like every other online game, there are different editions of this too. And now it is its 8th version that launched today. Yes! We are talking about Mario Kart 8.

Mario Kart 8 Deluxe is getting eight new racing courses as a component of its Booster Course Pass DLC. It launched on Switch after five years, and gamers are already debating whether they feel deluxe enough. What is the general consensus? There aren’t any, at least not at the moment.

The new courses will be available on March 18, but some gamers have already gotten a sneak peek by playing online in Japanese lobbies. Coconut Mall, a level that debuted in Mario Kart Wii, is among the major lightning sources for criticism when the DLC was first released.

Various gamers complained that a render of the track supplied by Nintendo at the time missed realistic features and polish when compared to Mario Kart 8 Deluxe’s current art style, comparing it to the pared-down versions of some levels found in the phone spin-off Mario Kart Tour. 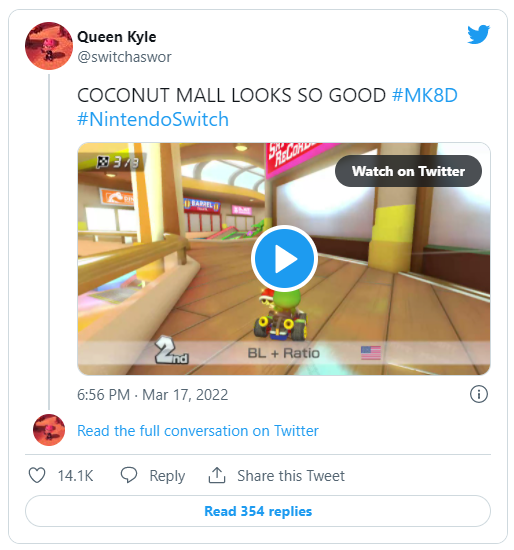 However, MarioPartyLegacy on Twitter discovered alterations in the current version earlier this week. It indicates that Nintendo had introduced more colorful colors and patterns to Coconut Mall. Because its Nintendo Direct launch last month. Now that some gamers have seen the level in action, they say it looks very decent, while others have walked through and noted all of the differences from the Wii version. 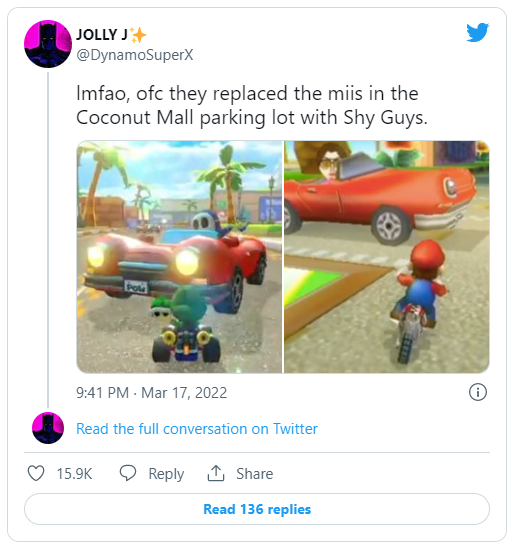 “Coconut has no excuse to be this f*****g boring,” according to a Twitter user.

Another user said, “This genuinely looks nicer.” “I’m looking ahead to everyone getting access to such courses.”