Apple Inc. plans grandly for the new features of Apple Watch Series 7, however for the most ambitious features one might have to wait. Bloomberg sources said, “This year’s Apple Watch (presumably Series 7) will include a new screen with thinner bezels, a faster chip and “updated ultra-wideband functionality. It’s not certain how UWB would get an upgrade, but watchOS8 will use the existing technology to let you unlock hotel rooms and other doors.” Bloomberg hasn’t reported a new design for the casing however only suggested the wrist-wear might be thicker than its predecessors.

Leaker Jon Prosser recently claimed, “Apple was redesigning the Watch with flat sides and new colors. Some prototypes include thinner bezels,” he said. 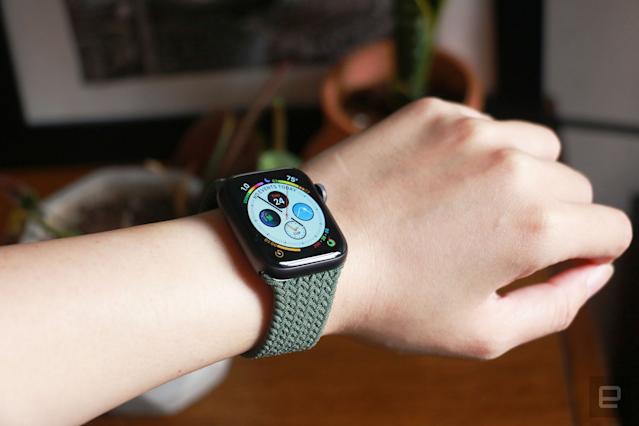 The company was rumored to add a sensor to measure body temperature in 2021 Watch, which seems to be not ready before 2022.  Also the blood sugar monitor for Diabetes and the rugged Apple Watch variant have to wait for a few more years. Although Apple has declined to comment on the rumor.

A revised model of Apple Watch SE is expected for the launch next year, according to the report. Apple launched the latter model in 2020 as a more affordable alternative to the Series 6.

Apple Watch Series 7 is likely to have thinner display bezels and use a new lamination technique that brings the display closer to the front cover, according to Bloomberg’s Mark Gurman. From the report:

“The Cupertino, California-based tech giant is planning to refresh the line this year — with a model likely dubbed the Apple Watch Series 7 — by adding a faster processor, improved wireless connectivity and an updated screen, according to people with knowledge of the plans. For this year’s model, Apple has tested thinner display borders and a new lamination technique that brings the display closer to the front cover. The new Watch is likely to be slightly thicker overall, but not in a way that’s noticeable to the user.”

For integrating Health technology into an app for a device normally takes months or years. It took a while after the Apple Watch Series 4 launch for the ECG sensor to be usable in the US. Whatever the reasoning, though, this could make Series 7 a relatively modest update beyond any possible external design changes.