Samsung fans are waiting anxiously for the launch of Galaxy Note 9 and keep an eye on every new leak. The phone will launch in the second half of the year. Now we came to know about Galaxy Note 9 Refreshed Design.

A new leak just revealed that Samsung Galaxy Note 9 is not an exact copy of Note 8, as the previous rumors suggest. The new leak provides more details about Galaxy Note 9.

A reliable leaker Ice Universe posted an online image that shows a purported screen protector for the upcoming Samsung flagship. 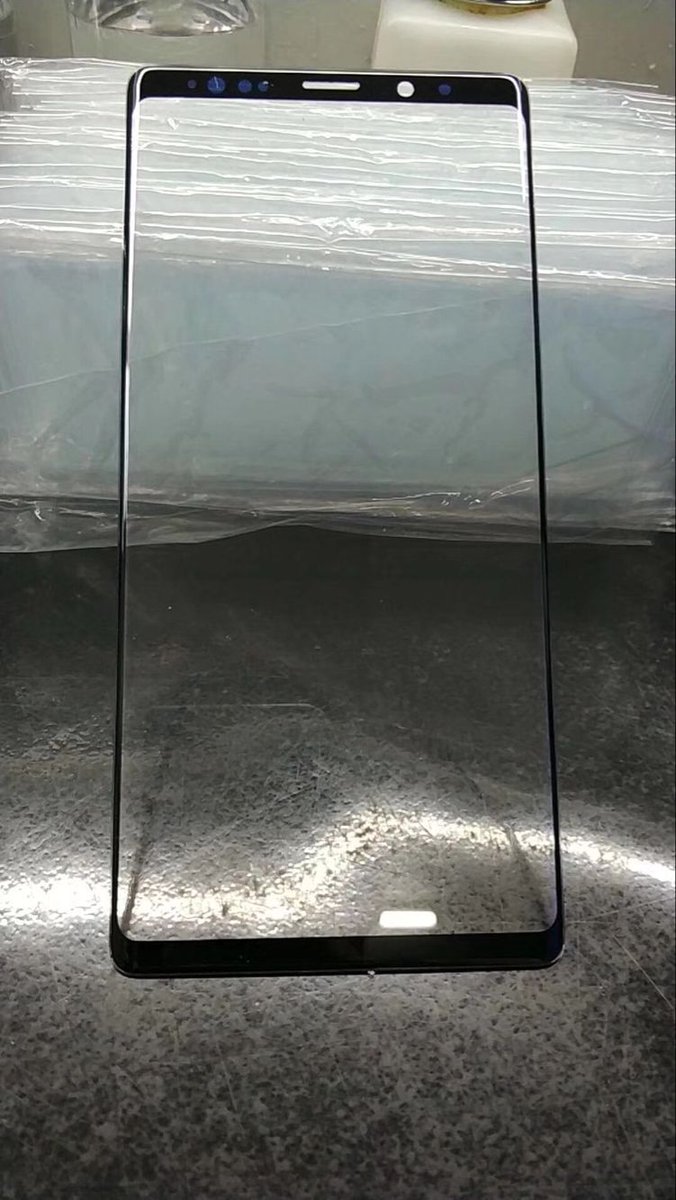 The above image looks like a real Galaxy Note accessory. There are a top and bottom bezels and curved edges. The top bezel also features a bunch of cutouts.

It is to be rumored that the Note 9 display to increase from 6.3 inches on the Note 8 to 6.38 inches. Some recent reports suggest that Samsung is aiming for an August 9th press event for the Galaxy Note 9. However, until the launch of Galaxy Note 9, we will keep listening to new leaks and rumors about the specs and design.