HMD Global brings the classic Nokia feature phones back to the running track in order to compete with others. This year in October, the company announced Nokia 225 4G globally and now this new device just reached to the market of Pakistan. The Advance Telecom announced that this new device has just launched in Pakistan.

Nokia Pakistan’s website also carries the official listings for the phone. Unlike the new generation of KaiOS-powered Nokia devices, this new device is running on a more basic RTOS (Series 30+) operating system. So, there will be no support for the Google Voice Assistant. Moreover, users will also not be able to see the pre-loaded apps such as WhatsApp, YouTube, Maps, the KaiOS store. It is also important to mention here that the Nokia 225 is coming with the support of 4G but unfortunately, it can’t be turned into a hotspot. 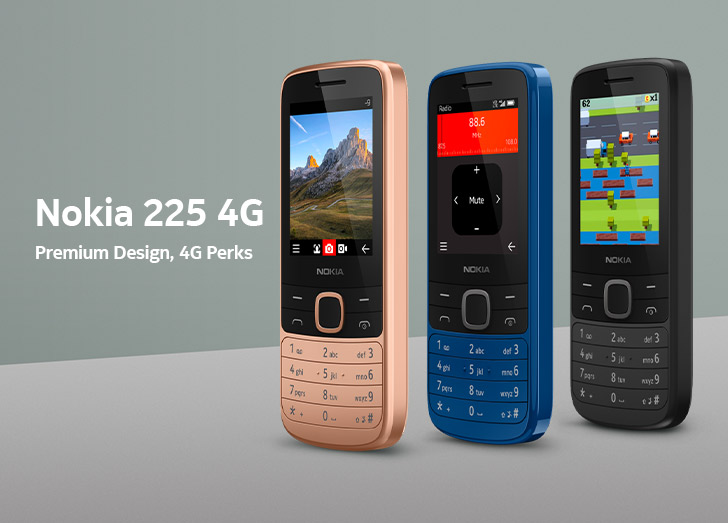 When it comes to the design of Nokia 225 4G, there are curves in the back and has a chrome-bound single camera in the centre. There are well-defined lines in the keypad of the phone. Like other Nokia phones, the device is coming with a premium look. The phone is available in three colours. So you have a choice to purchase the device in Classic Blue, Black, and Metallic Sand colours.

The powerhouse of this new phone is backed by 1150 mAh battery inside and the capacity is on the lower end. Anyhow, Nokia promises up to 46 hours of music playback and at least 6-8 hours of talk time. The phone’s screen is a generic 2.4” QVGA panel while the camera is VGA.

The internal storage is expandable up to 32GB with the help of a microSD card. Users can enjoy FM radio, both via a 3.5mm headphone jack and wirelessly.

The price of the phone starts from Rs. 6,400, with a 12-month replacement warranty.