As we have already heard about many manufacturers who are working on flexible display phones like Samsung and LG. Now one more smartphone manufacturer has jumped into this race. The Chinese smartphone company, Oppo is reportedly working on a foldable display. New Oppo Patent Reveals Phone with Folding Screen.

According to the patent filled, Oppo is working on a phone whose screen on top will fold. The display screen will be flexible and allowing it to curve back on itself. However, the body would be composed of two separate parts attached at a hinge. Ceck it out in the images below. 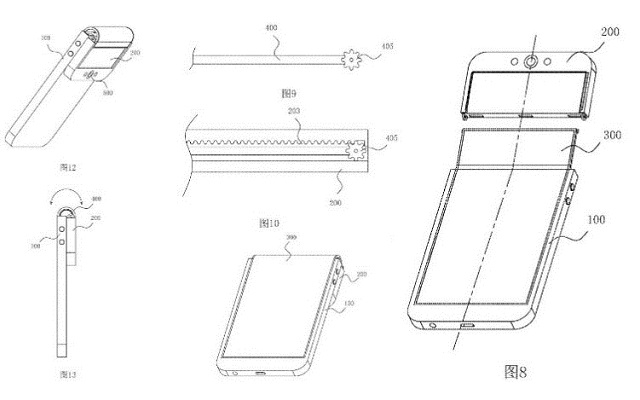 The main advantage of using this type of display is Oppo can now fully focus on its one excellent camera. As currently, every manufacturer have to built two cameras, one on the back and one on the front. Moreover, it will also effect cost in a positive manner. Because having two cameras in a phone makes it expensive. We can expect that using one camera in a phone for selfies and for landscapes will reduce cost.

However, this concept is not new for Oppo. In its early phones, Oppo has introduced folding top but only for cameras. Like in Oppo N1 and N1 mini, people can flip their camera modules. But this Oppo is working on foldable display.

Let’s see what type of surprise will Oppo give us in the coming year. As 2018 is considered as the year of foldable displays.

See Also:  Oppo R11s and R11s Plus Launched-Everything You Need to Know