TCL is working on Palm-branded smartphone, which has appeared in several listings. The phone might be a budget device. Some listing has revealed the “Pepito” name, but we are not sure if this is the final name. Here is now a new leak about Palm Phone Pepito.

Android Police just published the new images of pepito which shows that the device has a 3.3-inch 720p display. The power house of device carries a small 800mAh battery. 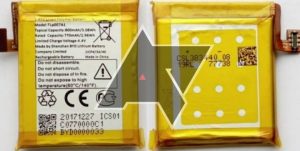 Pepito will have a Snapdragon 435 processor, 3GB of ram and 32 gigs of storage.
Currently, there are  few details available on FCC listing for the Pepito phone which has model number PVG100. The label on the back of the device reveals that the phone will be designed by Palm in San Francisco.