Recently, the Silicon Valley Giant Apple hosted its Worldwide Developers Conference (WWDC) in which the company announced a number of new upgrades and unveiled the iOS 16. The new operating system has a slew of new features including upgrades to Mail, Messages, Maps, etc. Furthermore, the company has offered new ways to share and communicate in iOS 16.

Surely, we can say that the Apple Messages app has received some of the most handy updates with the arrival of iOS 16. Apple has improved the ways to share and communicate content with the most advanced AI features. The Messages update can be categorized in four different ways: To begin with, you’ll be able to edit previously sent messages, allowing you to swiftly correct an embarrassing typo before the receiver gets the incorrect text. In this regard, Apple Senior Vice President of Software Engineering, Craig Federighi said,

Embarrassing typos are a thing of the past. 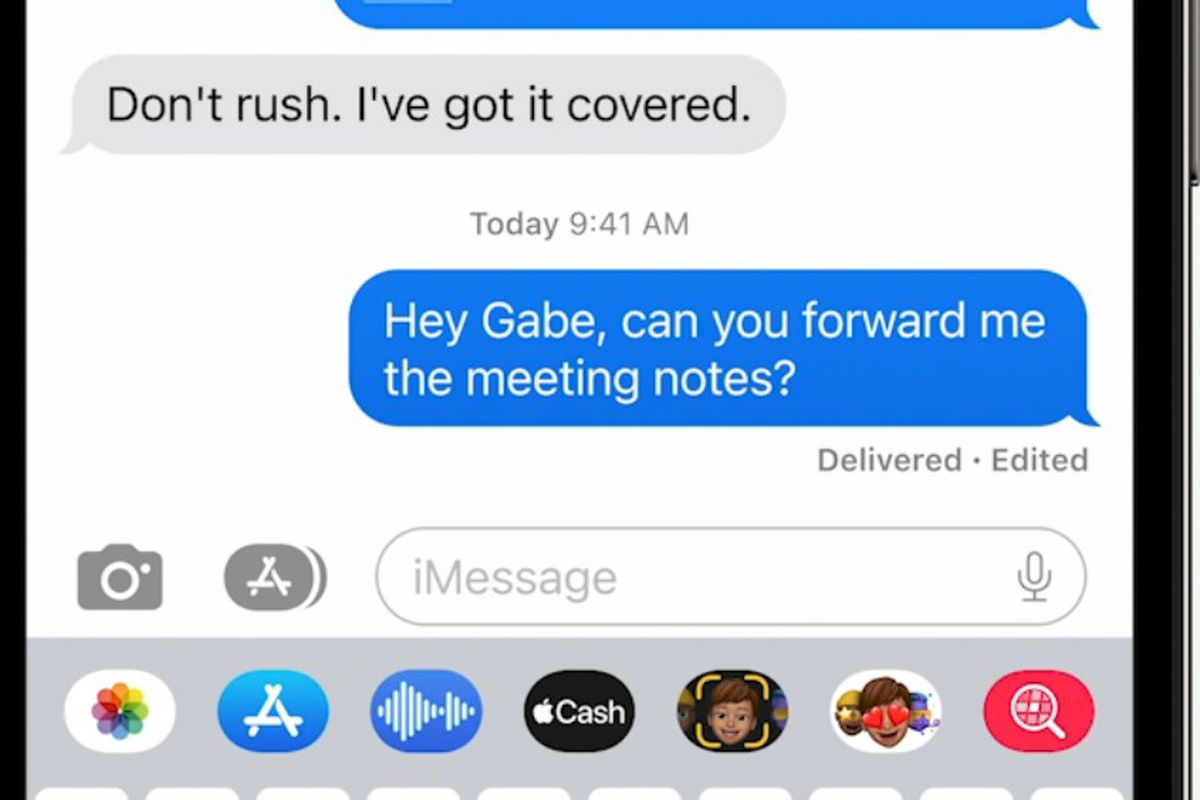 What if you weren’t supposed to send the message in the first place? You don’t need to worry as the iOS 16 has brought the ‘undo send’ feature. It allows the users to remove the messages before the receivers see them. So conclusively, the undo send feature allows you to prevent any unfinished message from being read.

It is pertinent to mention here that you only have a 15-minute time period to edit or delete any sent message. In addition to that, the messages thread will show if a text message was edited or deleted.

Shared with you Feature:

All the iPhone users would surely know about the Shared with You feature. This feature debuted in iOS 15, which scrutinizes your Messages and automatically places any content in the related app. The content includes music, movies, links, articles, etc.  So, if a friend shared a track from a new album when you next opened Apple Music, it would be in the Shared with You area.

However, with iOS 16. Apple has taken this a step further by updating the SharePlay function, which was first introduced in iOS 15 and lets you and a friend watch content at the same time. The biggest change is that any content which is shared will be available right in Messages. This means you won’t have to switch between apps to watch a movie or listen to a song with your friend. Along with that, you’ll also be able to talk as the content is playing simultaneously, all from one app.

The new Messages update in iOS 16 also enables you to mark an unread messages thread to remind yourself to see it at a later time. This is useful as many people tend to forget about replying to a friend because of their busy schedules.

What is Live Text and what is its relation with the Messages App?

Though the name Live Text suggests that it has some relevance with the Messages, it’s certainly not. The Live Text feature was originally launched with iOS 15 and it allows the users to hold the text in any photo and copy it. Furthermore, you can also translate any foreign language into your native language. With iOS 16, the Live Text feature now works with videos as well. You just need to pause any video and click the text to copy it.

The iOS 16 will likely be rolled out in the fall of this year alongside the heavily rumored iPhone 14 and will be available for the iPhone 8 and newer devices. It implies that Apple is ending software support for the iPhone 6 series and 7 series.

We hope that our blog has allowed you to fully understand the updates to the Messages app that will arrive with the iOS 16. So if you like our article or have any queries regarding it, do mention them in the comment section!

If you want to know more about iOS 16, then Check out the below-mentioned link: