A season of the high-end flagship devices has begun. When all companies are busy in bringing the phones with new innovation. Nubia is also planning to bring something new in their devices. Nubia CEO, Ni Fei, has revealed on Weibo that his team is working hard to make the phone more competent. He also revealed that Next Nubia Red Magic Phone will Come with 144Hz screen.

Next Nubia Red Magic Phone to Come with 144Hz Screen 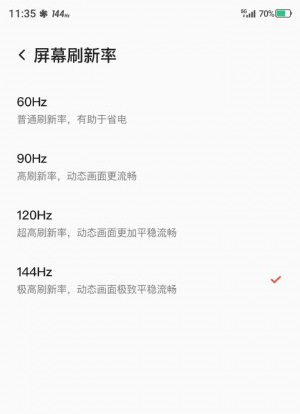 He has shared a screenshot revealing the upcoming phone will come with 144Hz max refresh rate, as well as other options like 90 Hz and 120 Hz.

Making the phone more affordable, there are chances that there will be a non-5G variant too.

This is all that we know so far about the device. But we will definitely get to know more about the phone in the coming days. So, stay tuned.