As soon as you install an app, you see hundreds of notifications regarding it. And most of these notifications are ‘update the app to the latest version’. These updates improve the bugs and errors along with adding tiny new features every time. WhatsApp also requires upgradation, and since its birth, a lot has changed in it. In terms of features and user-friendliness, the app has developed a lot. Meanwhile, there are so many scams and false notifications you see circulating the internet regarding WhatsApp a couple of times. The same kind of situation is happening for a few days.

There is No ‘Three Blue Ticks’ on WhatsApp for seen Messages

You might have seen or known that WhatsApp will introduce a ‘Three Blue Tick’ feature. It means besides seeing double blue ticks for seen messages. Now, you will get to see three ticks too. The third tick will represent that a screenshot is taken. Isn’t this ridiculous? It sounds repetitive. Similar rumors circulate whenever there is a problem with Facebook or the state monitoring WhatsApp communications. 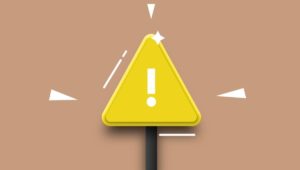 But, relax, this is not going to happen any time soon. Yes, through a tweet, WhatsApp Beta Info (WABetaInfo) denied all such rumors by saying it was ‘false news’. It is worth noting that WhatsApp currently lacks a system for informing users when some other user takes a screenshot of a discussion or shared media.

So, relax and don’t bother to get into any debate with someone trying to prove it right. And don’t believe in those rumors. Once they introduce the feature, you will get a notification!

You may be also interested in: Apple ‘Allegedly’ Makes Money by Hosting False Streaming Apps