The Nokia 9 appeared on Twitter in leaked official press renders just three days prior to the event in Barcelona, Spain. We will get to see the device on Sunday. We have already seen the device in the promo video which was leaked in the last days of 2018.

In photos, we can see five shooters at the back of the device along with the laser AF and PDAF sensors, and the LED flash. The speaker grill and a USB-C port are available at the bottom of the phone. There is a lack of notch and two big bezels on the top and bottom. 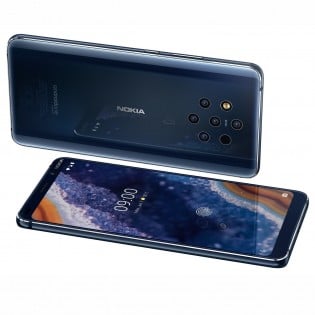 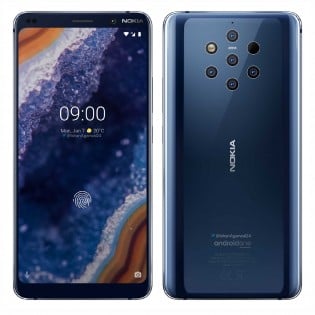 The upcoming  Nokia 9 will run the Android One program and in renders, we can also see a fingerprint icon on the screen but we can’t see a physical scanner.

According to the previous rumor, Nokia 9 will come with a display of 5.9 inches and will have an 18:9 aspect ratio. The phone will be packed by Snapdragon 845 processor, as well as 6GB of RAM and 128GB of storage space. The powerhouse of the phone will be fueled by 3,950mAh battery. While it is still not confirmed whether the phone will have a dual-SIM slot or not.