The new Nokia Asha series have slowly bridged the gap between smartphones and feature phones. The Asha 311 takes an amazing new step by being one of the first full touchscreen feature phones from Nokia.

[info]DESIGN:[/info] The phone has 240×400 pixels, a solid build quality and a more standard look than the 306. It has gently curved edges and rounded back.
The 3-inch touchscreen of Asha 311 has a higher resolution (they both offer a rather paltry 400×240 pixels) It is capacitive – so it’s more sensitive to your touches. [info]SOFTWARE:[/info] The Series 40 Nokia OS with Full Touch implementation, which looks like a hybrid of Symbian and Android. [info]FEATURE:[/info] It has a scroll- icon based menu as the home screen. Other interesting features include the Social apps (Facebook, Flickr and Twitter feeds).
The 3.2-megapixel camera on the back has a fixed focus and there is no LED flash. It also comes with EA Games Gift and Angry Birds as standard. [info]PERFORMANCE:[/info] It has 1GHz processor and it is remarkably faster in use, and the Wi-Fi is marginally changed too.
It also has 3G network connectivity. [info]MEMORY / STORAGE:[/info] Nokia Asha 311 come with a 2GB memory card as standard to support the 256MB of onboard memory and users can insert up to 32GB. 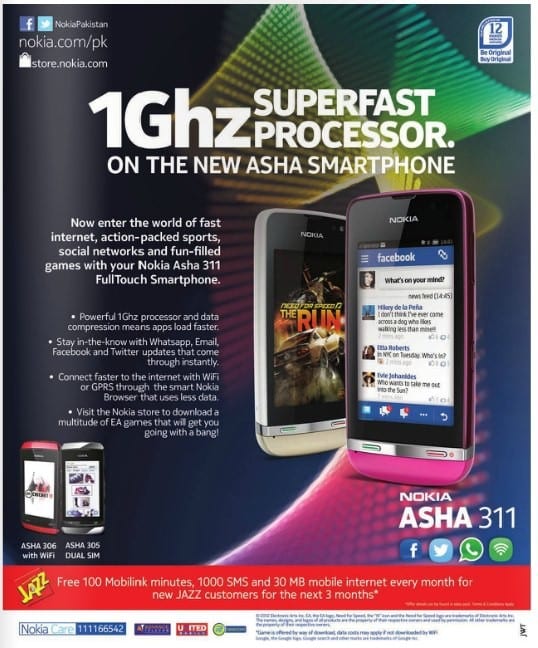