Nokia has Launched Lumia 720 in Pakistan

Nokia has launched its much-awaited new addition of Lumia Windows Phone 8 smartphone in Pakistan. Nokia Lumia 720 has been added to its Lumia lineup in Pakistan.

Windows Phone 8 devices are amazing and are highly addictive for younger and hyperactive social audience. Nokia has focused on younger and connected audience; the device is not only innovative but are full of eye catching features.

[blockquote align=”right”] Lumia 720 is sleek, light and bright that helps it to stand out from the crowd. It competes with the likes of Samsung Galaxy S Advance, Samsung Galaxy Grand, HTC 8S, Sony Xperia P and LG Optimus L9 in the affordable smartphone segment.
[/blockquote] 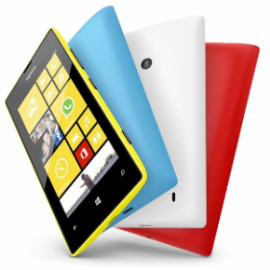