Nokia Launches Ozo, a next-generation camera for capturing audio and video in 360 degrees. This camera is specifically designed for professional film makers and content creators as it will help to create virtual-reality games and films. Ozo captures stereoscopic 3D video through eight synchronized global shutter sensors and spatial audio through eight integrated microphones.

Nokia Launches Ozo-A Virtual Reality Camera for Filmmakers by the end of the year.

Ramzi Haidamus, president of Nokia Technologies, said in a statement.

[pull_quote_center]“We’re thrilled to introduce Ozo to the content creation world, and to define a completely new category of virtual reality capture and playback solutions,”[/pull_quote_center]

The camera looks like a ball-shaped gadget which captures 3D footage for content creation for devices such as the increasingly popular headsets that let users immerse themselves in virtual games. 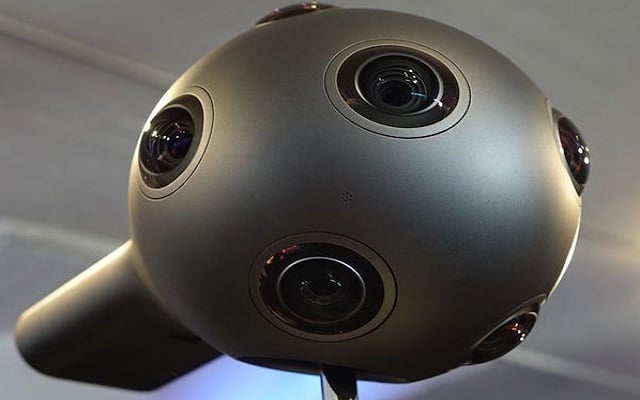 Nokia said about this camera:

Nokia was the world’s top mobile phone maker between 1998 and 2011. But it failed to respond to the rapid rise of smartphones. So the Finnish company sold its handset unit to Microsoft in 2014.

Since then the company has focused on its network infrastructure business. Now Nokia Technologies, the company’s advanced technology and licensing business, is trying to come back to devices with its new camera Ozo. But in mid of July the company has announced that it is reentering in the mobile phone market by signing a licensing deal with another firm by the end of 2016.

Nokia said the Ozo camera has eight synchronized sensors and will also capture spatial audio through eight integrated microphones. The device is being developed at the company’s facilities in Espoo, Finland. The first cameras could be rolled out by the end of the year. No pricing information is available yet.