Apart from the Nokia Lumia 520 and Lumia 720, the Finnish giants also showcased two very affordable feature phones, the 105 and 301. The latter of these is a dual-sim phone.

The more high-end of the two Symbians was the Nokia 301. It is also targeted at developing markets and will have optional dual-sim functionality. Here are the specs: 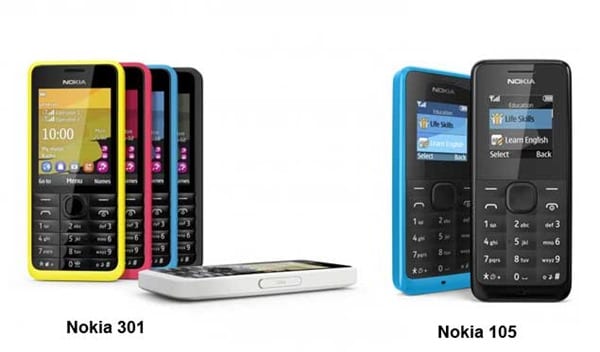 The Nokia 105 is one of the cheapest phones by Nokia ever. Costing just about $20 or around Rs. 2,000-2,300, it is dust and splash resistant and has a flashlight. A Radio, colour display, alarm and several nifty features can also be found in the Nokia 105. It comes in cyan and black versions and will be available in Q1 this year.

2.7 billion people are still without a phone. this is a great first phone for them. Marco Ahtisaari