Nokia has got a great response from the Nokia fans on the launch of their first ever notched handset, “Nokia X6” which is exclusively available in China right now. After such positive feedback, the Finnish company is expected to bring its next notched handset Nokia X5 in the other country markets too.

Second Notched Handset Nokia X5 To Be Unveiled On July 11

Nokia X5 is also known as Nokia 5.1 Plus. It is a mid-range phone that will be officially introduced on July 11. So, wait for July 11 to know more about this phone. Nokia X5 promo posters have recently appeared in China according to which Nokia X5 will have a lower resolution display as compared to the Nokia X6. 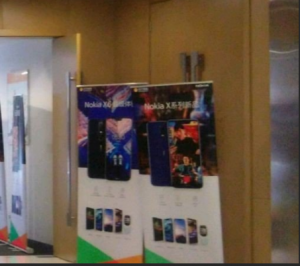 In addition to this, the upcoming Notched Handset Nokia X5 is said to have a MediaTek chipset inside it instead of a Snapdragon processor due to its cheaper price. The screen size is about 5.7″. The notch in the display is much wider than that of the Nokia X6. It has a moderately-sized bezel with the Nokia logo inscribed on it at the bottom of the display. Some basic features have been unveiled as discussed above but Let’s see what new comes with Nokia X5 on July 11.