HMD Global has scheduled an event for April 8 where it is going to announce three new Nokia smartphones – G10, X10, and X20. We haven’t heard about any of these from HMD yet. But now, Nokia X20 has passed through Geekbench ahead of the expected unveiling, revealing key specs.

Nokia X20 Appears on Geekbench with a Snapdragon 480 5G SoC

The Geekbench listing reveals that the Nokia X20 runs Android 11. The phone will have an SM4350 under the hood, which we know is the Snapdragon 480 5G SoC. The chipset is paired with 6GB RAM. There could be other memory options as well. 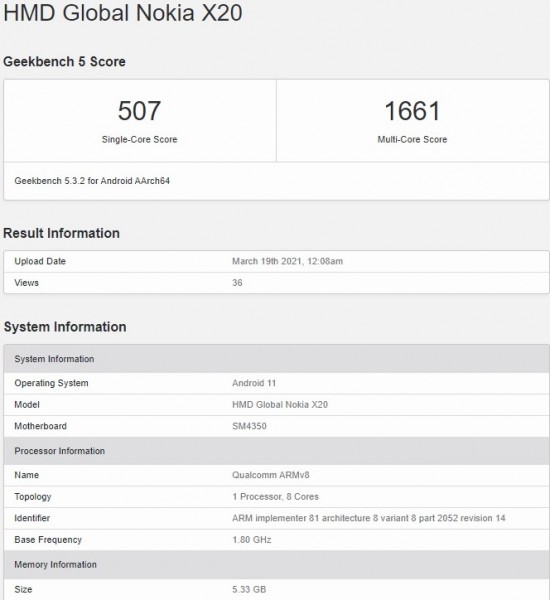 Geekbench does not include any other specs of the X20. But the rumours claimed that the phone will cost around €350. We will surely get more information about the phone in the coming days.