The 17th Edition of PhoneWorld Magazine is out now..!!

Another great year has finally came to an end. The ICT sector of Pakistan witnessed many changes some of which were good while others brought discontent to the stakeholders. In this edition of “PhoneWorld Magazine”, we have highlighted all the current issues and important developments taken place in the industry during the months of November & December. 3G/4G subscribers reached 18 million mark in September 2015, new OEMs like Apple, Xioami, Lenovo, Infinix, Rivo and iNew entered Pakistani mobile market, startup culture and m-services including m-health, e-education, m-government, m-commerce became budding new trends.

Our engineering team has once again conducted Quality of Service benchmarking of each 3G and 4G operator to evaluate the so far performance of their respective networks. The main objective of network audit is to get an impression of how the network is performing with respect to network service KPI’s. This White Paper is composed by Mr. Bilal Abbasi. Our this special feature article gives a clear picture of each operator’s standing after the 14 months of 3G/4G network rollout.

Just like Imran Khan and Reham Khan’s marriage and then consequent divorce, mergers and divorces in industry were also the major talk of the town this year. Saima Ibrahim feature article on “Acquisition Merger & Divorce Warid Telecom” has shed light on the acquisitions, mergers and divorces of telecom industry that took place in this year. Mobilink, Telenor Group parted ways with Vimplecom after much disagreements and lastly, Ufone and PTCL have also decided to re-organize their management and merge their respective business operations. So upcoming year is surely going to be crucial not only for these operators but also for the overall industry.

Another article written by Rizwana Khan, “From Dreaming to Achieving” shed light on the entrepreneurial opportunities and difficulties for Pakistani startups in the endless arena of technology.

[pull_quote_right]PhonWorld Magazine is the only print magazine in Pakistan that focuses on the local industry and highlights the growth of our ICT industry. The blogs/article and news on our website provides trusted facts and information you can count on, we strive for depth, accuracy and improvement in each blog/article.[/pull_quote_right]

This issue covers the exclusive reviews of  the latest local and international handsets in market; by Ikram Ullah and Memoona:

We are very pleased that our Publisher and Editor in Chief, Khalid Khan and Managing Editor, Adnan Khan has contributed a lot in bringing this issue of Phone World.

Last, but not the least, we would also like to appreciate Bushra Khan (Graphic Designer) for her untiring efforts by putting life in this magazine through her designing, Fayaz Ahmad Khan, Munir Khan and Ikram Ullah for their web support.

[pull_quote_center]PhoneWorld magazine is one of the leading magazine in Pakistan that focuses on Pakistan Telecom industry specially the Device and Distribution ecosystem, serving to bridge the gap between the OEMs & Operators with Distributors and Retailers in Pakistan. We offer our readers insight into the latest trends of mobile industry.[/pull_quote_center]

Below you’ll find the library of all previous Editions of PhoneWorld magazine.

Keep up to date with all the latest information and trends with us. We want to take you beyond imaginations. 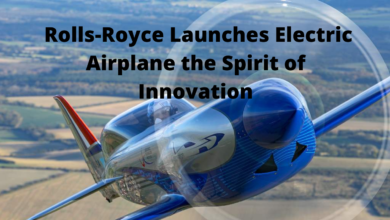