Finally, Google is also facilitating its users by incorporating “Minis” in Gboard for both iOS and Android users. The Google Minis feature will help you convert your selfies into stickers just according to your preferences.

the new “minis” feature uses a combination of machine learning, neural networks, and artist illustrations to compose a cartoon emoji of someone. 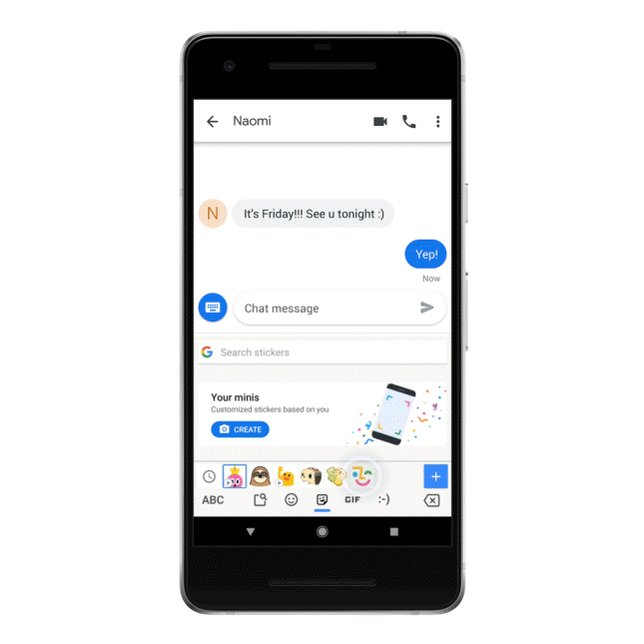 Right now there are around 100 sticker styles in two separate Minis packs. These include the glittery-eyed “Sweet” and its slightly angrier counterpart, “Bold.”

One can easily customize these emoji stickers just according to their choice i.e; by changing the shape of face or hairstyle. One can also add a hat and other accessories.

When the emoji is ready, they will sit as a shortcut in sticker section of Gboard and one can send it to their loved ones.