Sometimes when you go to some new place, you have problem in locating Qibla. Google has solved this problem as Now Find Qibla on Your Phone by Using ‘Google Qibla Finder‘. The best search engine. Google has introduced a new feature fro the Muslims in regard to the holy month of Ramadan. Google has launched Qibla Finder that lets users locate the accurate direction of Khana Kaaba by using this feature.

The web service is available on almost every smartphone. However to avail this feature users have to identify their present location.The best thing about Google’s Qibla Finder is that smart phone users will get an augmented reality experience. It uses the phone camera to draw a blue line which points toward Qibla. 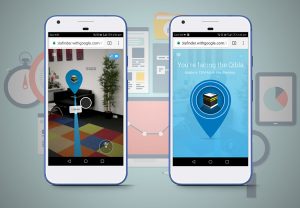 This facility is also available for iOS users but Google has not incorporated augmented reality feature for them. Qibla Finder will just show a blue line to mark the right direction for iOS users.

How to Use Qibla Finder:

Users can avail this service by searching Qibla Finder on Google. Google provides users with a featured link at the top. You can access this feature by simply clicking on the link or directly by using the qiblafinder.withgoogle.com link.

This service needs a smartphone built in compass to negate the direction. It mean it wont work with phones where compass feature isn’t available.

Google’s Ramadan initiative is a step forward to help Muslims with their religion. This new service is accompanied by series of updates to Google applications with the aim users mark the month of Ramadan. The updates featured on Google’s Ramazan hub includes collection of the month’s most favorite Ramazan TV series on YouTube, Mosalsalat.