National Telecom Corporation and VMWare signed an MoU to modernize the public sector IT infrastructure for the benefit of all Government Departments and to provide complete public cloud services like IaaS (Infrastructure as a Service) & DaaS (desktop as a service) to  support in ICT / Telecom solutions and Data connectivity requirement of the Public Sector.

This partnership will deliver rapid market-ready capabilities while reducing operational and ownership costs significantly and simplify IT management. NTC is able to hone its competitive edge and deliver enhanced solutions and services to Government of Pakistan Departments and Ministries, driving tangibles business benefits and support continued innovations by NTC. With the modernized IT infrastructure enabled by a suite of VMware solutions including VCAN (vmware cloud air network) encompassing public cloud with  VMware vSphere® with Operations Management™, VMware vCloud Director® and VMware Site Recovery Manager™, NTC will be able to scale rapidly based on needs, responding faster to demand spikes from its government customers. 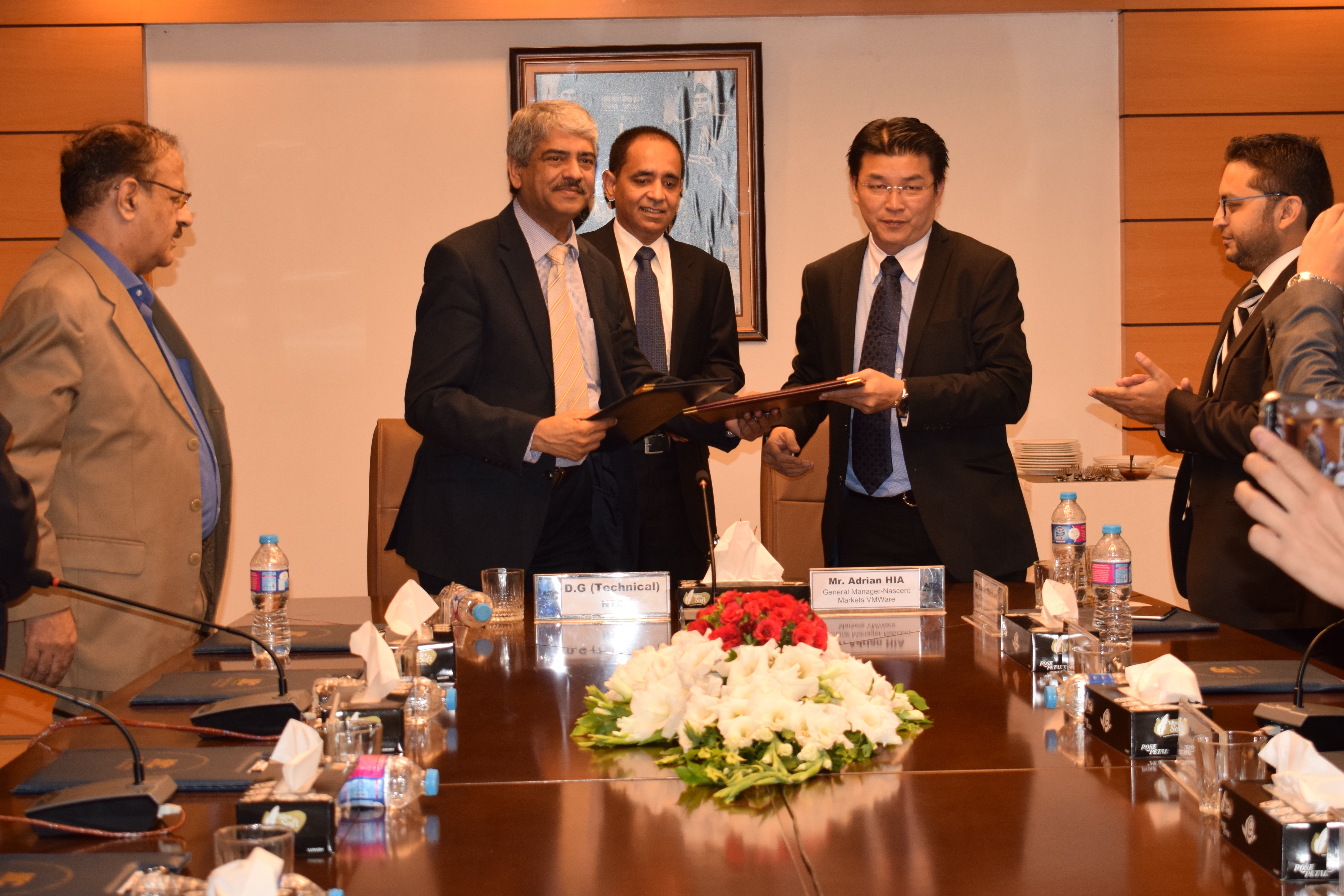 NTC adopted technology and system for most innovative and reliable ICT services to its subscribers. He added that the secure ICT infrastructure provided by NTC will facilitate the subscribers in automating and thereby improving operations and processes. He also thanked General Manager VmWare for reposing his trust in NTC.

NTC is a key stakeholder in Pakistan’s breathtaking pace of digital transformation especially in Government Sector. NTC recognizes that a consumer simple and enterprise secure approach is key to better serve customers and business goals, and this progressive mindset is an example of how businesses here can leverage IT to offer new solutions and services, tap into new consumer segments and unlock additional markets.

MD NTC Brig (Retd) ) Viqar Rashid Khan enlightened the audience of the achievements made by NTC during the past four years. NTC is the first operator in Pakistan to establish a Data Center to modernize the public sector IT infrastructure. NTC has witnessed unprecedented financial growth of 359% during 2015-16.  NTC is lending its network and expertise to extend IT/networking services to CDNS, Election Commission, State Bank, AGP and other strategic organizations. NTC has signed an agreement with Microsoft for enabling SaaS through its National Data Center. NTC is pursuing partnership with private sector telecom operators to provide new services, as evident from roll out of Go-Smart and 3G/4G data connectivity. Also NTC is the first to use M2M (Machine2Machine) and P2P (Point2Point) networks for extending fixed lines and data connectivity. 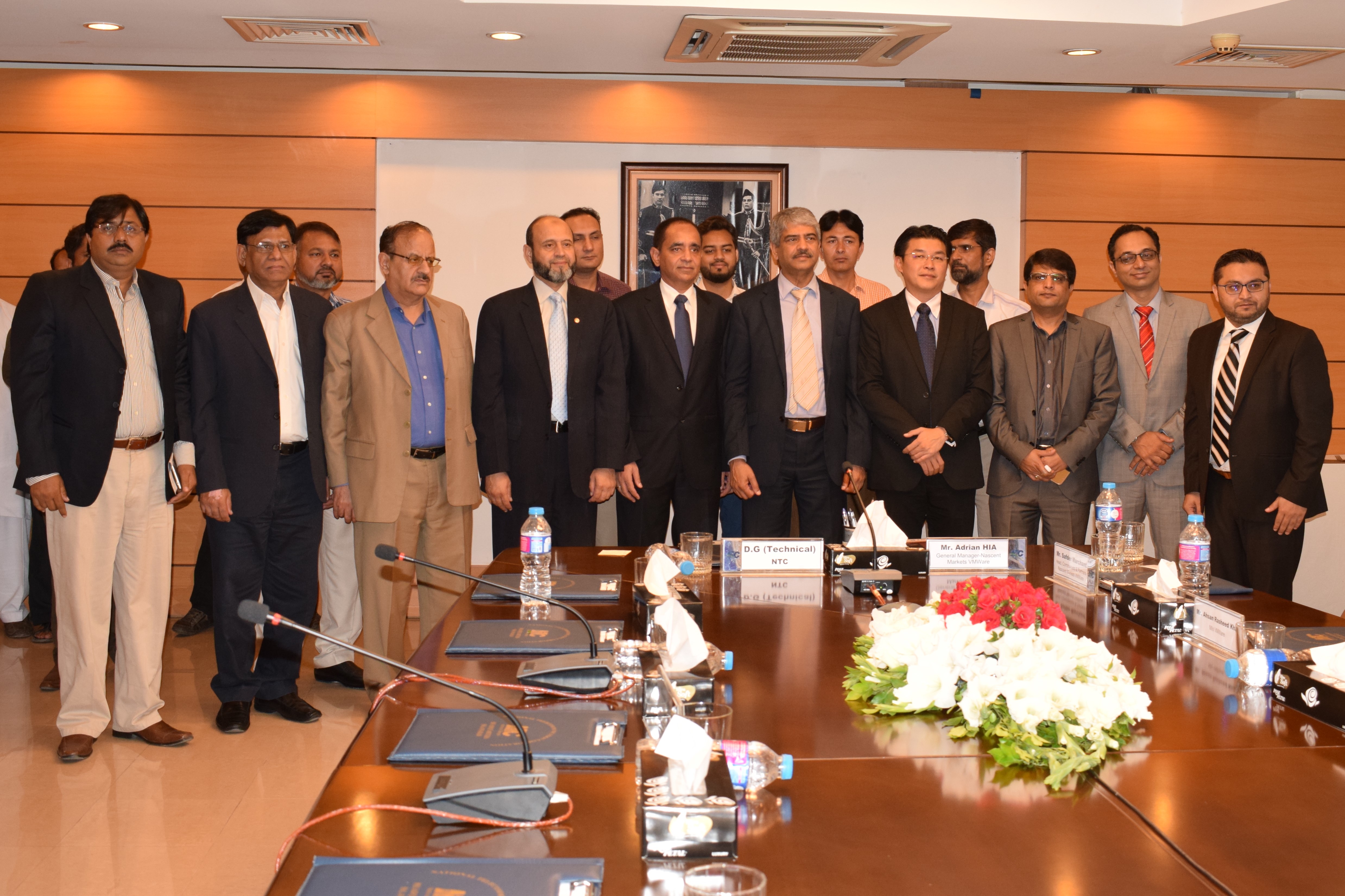 MD NTC further briefed about the future plans and projects of NTC. These include establishment of strategically vital submarine cable landing station at Gawadar as an alternate route to existing Submarine Cable Networks. NTC further envisions expanding its network to all districts of Pakistan within the next 3 to 4 years. NTC is also managing Country Code Top Level Domain (CCTLD), پاکستان dot, for Urdu and local languages.

NTC will Insha’Allah continue to serve the Government and Public Sector through reliable and secure telecom infrastructure to safeguard against cyber threats. NTC is committed to achieving ‘Digital Pakistan’ — a vision of Govt. of Pakistan.