The winning team will now travel to Amsterdam for the World Regional Finals.  Global Finals will be held in Seattle. Out of 48 finalist teams, NUST team has won Imagine Cup Nation Finals by coming up with EKKO-A Wave, a product that proposes a solution for cognitive rehabilitation using vibrational waves.

The team “Creative Crew” from Sukkur Institute of Business Administration was the first runner-up while team “City Care” from City University, Peshawar was the second runner-up team of the competition.

Appreciating the competition participants, Shafqat Mahmood, Federal Minister for Federal Education and Professional Training said they had accomplished a ‘breathtaking work’. He hoped many of the innovative projects would go into the commercial application. Pakistani students have a lot of talent and an environment is being created to utilize their talent to the fullest, he noted.

He pointed out that quality of education and relevance of research to the national requirements are the real challenges facing Pakistan. He stated that HEC is playing its role very effectively. He observed that competitions like the Imagine Cup would improve the problem-solving skills of our students.

“We are entering a new era of development wherein every individual is going to play his part,” he underlined.

Zaidi said Microsoft is pursuing the mission of empowering every individual on this planet to reshape their work by revolutionizing Information Technology. Pakistan is blessed with a youth bulge, so all we need is to learn tangible skills and turn the 4th Industrial Revolution into an opportunity for Pakistan. He stressed the need to focus on innovations to meet real-life challenges. Technology needs to be used to create opportunities for the benefit of people, he emphasized. 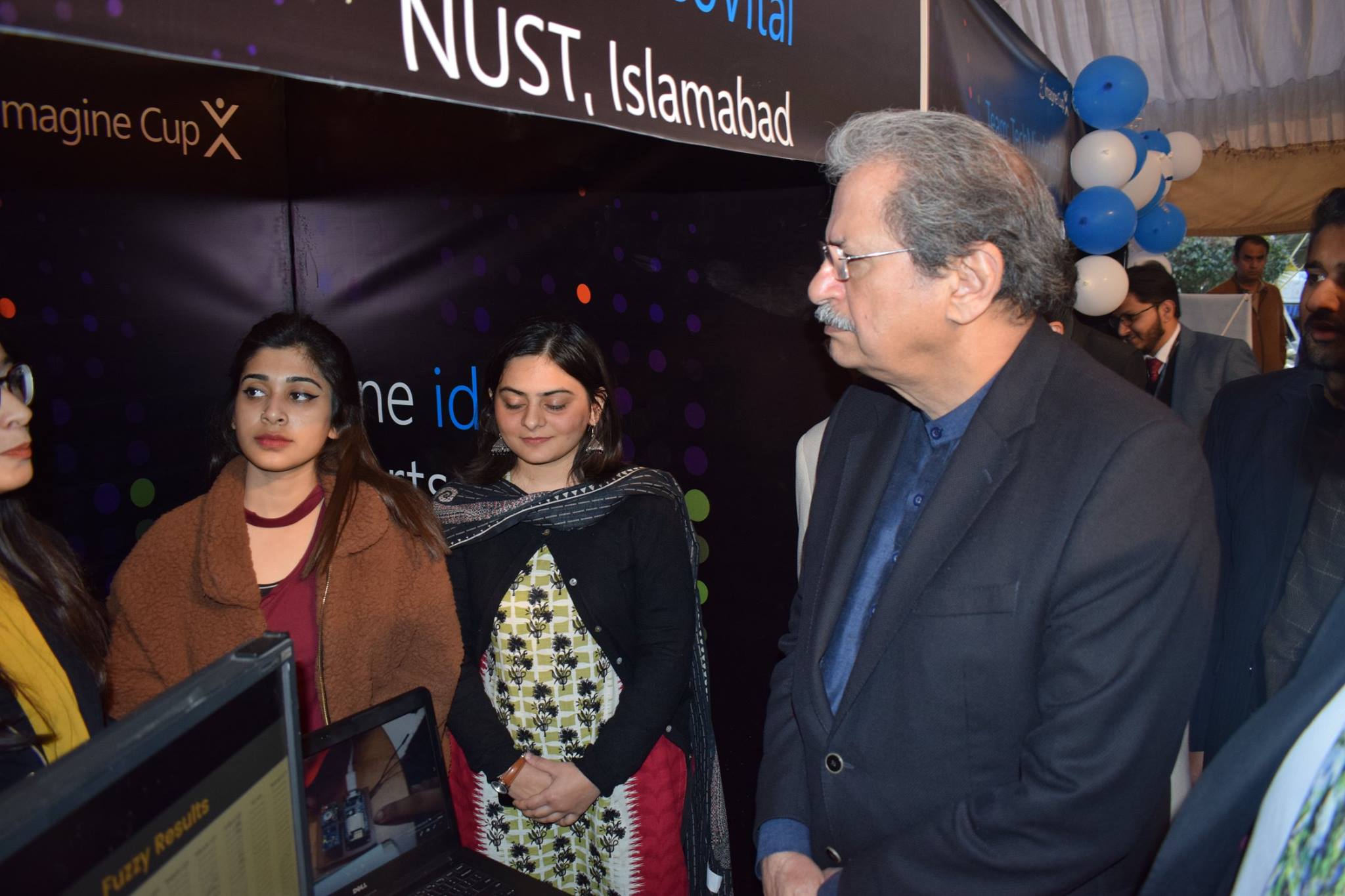 Microsoft Imagine Cup continues to witness strong participation from Pakistan as well as the world over. As an initiative of strategic partnership, HEC and Microsoft Pakistan reached out to more than 30 campuses this year through onsite sessions in a bid to create awareness about the competition and effectively market it to the audience, which resulted in record-breaking 306 project entries this year.

HEC’s commitment to the academic and students is reflected as Microsoft drives the Imagine Cup to highlight Pakistan’s position on the leader boards. Thus, Pakistan still ranks as the top country in the Middle East and Africa cluster, with the highest number of project submissions and competitors in Imagine Cup.

A lot of remote and underprivileged areas were targeted specifically in the drive for Imagine Cup, particularly Hyderabad, Jamshoro, Sukkur and Quetta. Besides, another distinction of this year competition was that the participants included 25 percent female students.

Students were initially evaluated in regional finals, held in different cities and the best teams competed to win the National Finals. This time around it gained a bigger and a better momentum when it was telecasted live on HEC’s EduTV with the cooperation of the four media universities including Lahore Garrison University, Shaheed Zulfiqar Ali Bhutto Institute of Science and Technology, Sindh Madrassatul Islam, and the University of Balochistan. The winning teams showcased their innovative thinking, technical skills, and ground-breaking solutions to address everyday challenges.

Imagine Cup is one of Microsoft’s many efforts to transform skill development, nurture budding technologists and foster collaborative and innovative spirit.  This global technology competition boasts of several success stories emerging from the competition. It’s a great platform to innovate, get recognized and eventually get enabled to bring about a positive change.

Historically, Pakistan has always ranked high in the Middle East region, with the highest number of project submissions and competitors in the Imagine Cup.