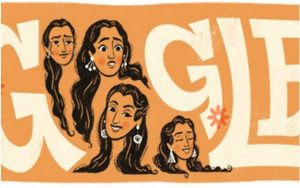 She is as beautiful as her grand mother. The young internet sensation can be seen wearing a white kurta and red dupatta in picture.

Nutan was married to Rajnish Bahl and died young at 54 after suffering from breast cancer. Her son Mohnish Bahl is a film and TV actor and grand daughter.

She is Mohnish Bahl’s Daughter and is as graceful and elegant as her grand mother, Nutan. Mohnish explained the media that he has made decision to keep his beautiful daughter away from media and limelight. This is the first time that fans of late legandary actress Nutan, have seen the gorgeous and young granddaughter, Pranutan Bahl.