Samsung will release the next-generation Galaxy S22 series smartphones in February 2022. The new lineup will include three models. Aside from the standard model, there will also be the Galaxy S22 Plus and the S22 Ultra / S22 Note. Almost everything about these phones is already known. This is true not only for features but also for design. After all of the leaks and renders, it appears that we now have official images. The Samsung Galaxy S22 lineup has just appeared in official-looking renders, and the phones appear to be identical to the leaks. 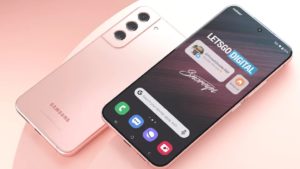 Though the publisher does not reveal the source, it is said to be the official poster from Samsung Electronics. Such posters are frequently seen in public places such as train stations, airports, and billboards along highways. The press image confirms the Samsung Galaxy S22 Ultra’s back panel design. The latter will use a water drop camera. 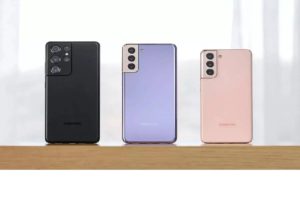 The next intriguing aspect of this phone is its name. Because the phone will support a stylus and have a dedicated slot, there is no reason to believe it will replace the Note series. As a result, many users have speculated that it will be known as the Galaxy S22 Note, Galaxy Note S22 Ultra, or even Galaxy S22 Note Ultra. However, the official press image indicates that Samsung will keep the traditional name, i.e. the Galaxy S22 Ultra.

We can also see that the Samsung Galaxy S22 Ultra will be available in a dark purple color variant. There is currently no information available about the name of this Turkish Rose variant. Aside from this option, there will also be black, white, red, and green versions. However, we believe that the colors will vary by region.

A stylus is clearly visible in the photograph. This is another confirmation for the s-pen support. As a result, we have the first Galaxy S line model that supports the stylus. Contrary to what previously leaked dummy devices showed, Samsung’s marketing poster reveals that the camera lenses will not protrude. By the way, it should still sport a 100MP main lens. Prior to this, we have seen some leaked spy photos that were proving the phone won’t use a glass back panel. The Galaxy S22 Ultra appears to be made of entirely new material.

Also read, Android 13 might come with Panlingual to Choose different Language for each App

From that angle, we can’t see the S Pen slot, but the stylus wouldn’t be advertised so prominently if it wasn’t an integral part of the phone. We’ve been hearing for over a year that Samsung is killing the Note lineup, and the S22 Ultra could be the final nail in the coffin.