In July 1981, Nintendo released Arcade Game Donkey Kong to Japanese audiences, and soon it became a hit in the U.S., started a golden age of arcades for a decade. It also created a competitive scene, with gamers all competing for high scores and world records. The arcade game Donkey Kong turns 40 years old, this month. The main theme of the game is saving the “Damsel in Distress” aka Pauline from the clutches of the great gorilla Donkey Kong on the top of the tower while dodging barrels and fireballs. 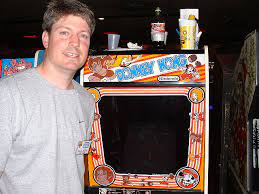 The first Donkey Kong player to hit a million points was Steve Wiebe. Wiebe being a math teacher at Redmond High School in Washington and is known as Mr. Wiebe while the Donkey Kong fanatics recognize him as a legend. In early ’90s he first started to play the game when he was in college. Wiebe says it all started when his fraternity brother had his own Donkey Kong machine; who had bought it and kept the machine in his fraternity house. There he started beating his friend’s high-score records. And one day in 1991, the game stumped Steve Wiebe when he hit level 22.

Steve Wiebe recalling his days said that when he started the level 22 game of Donkey Kong for the first time he died within about seven or so seconds; stunned and surprised not knowing what was going on, blaming the machine for some kind of bug. That summer he took the game home with him but could not get past that level. At that time Wiebe was trying to fulfil a personal goal and score a million points as to that date nobody in his knowledge has achieved that record.

Wiebe sharing his story said that when he could not score a million, he inwardly had given up and accepted that his score will always be 960,000, and never reach a million, so he sold the machine. A couple of years after selling the arcade machine, Wiebe discovered the truth behind the level 22. Wiebe discovered mystery behind the mysterious screen at level 22. It was not a “bug,” as he originally thought, but a kill screen signifying that he had reached the end of the game.

It wasn’t a “bug,” as he originally thought, but a kill screen signifying he had reached the end of the game. 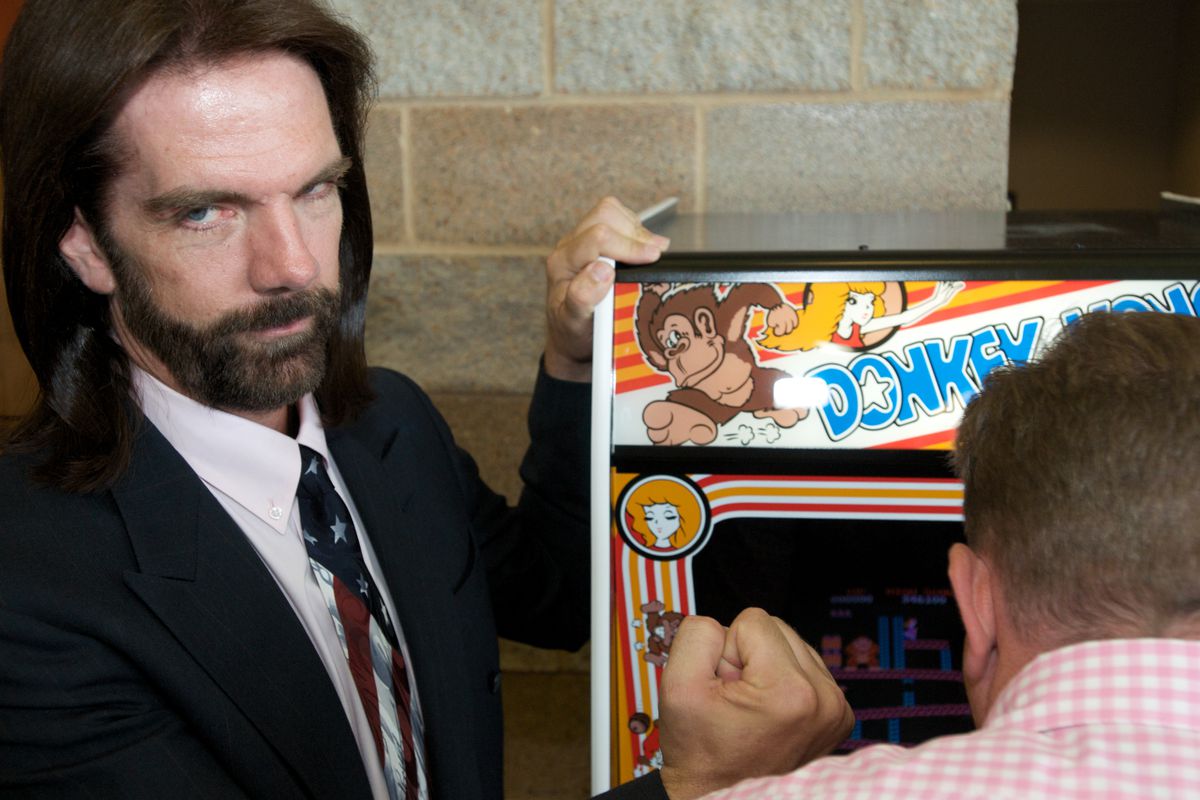 Billy Mitchell a legendary arcade gamer and restaurateur had set it in 1982.  Mitchell who had also been playing the game Donkey Kong for years confessed while talking in documentary of “King Kong” that this game added to my personality and ever since he benefits from it daily; the urge and the passion to never settle for anything short of his expectations in his wake of life, business, family; that’s what competitive gaming has done for him.

The Tye of One Million Points Record

Steve Wiebe on other hand had already hit the kill screen in 1991, it meant he had beaten Mitchell’s long standing score without even realizing it. So Wiebe decided to start vying for a million points again, and the race was on.

“When you reach the top [of the tower] you save the girl momentarily, and then Donkey Kong whisks her away up the ladder again. And then you do it all over again.

Both arcade gamers Wiebe and Mitchell started perfecting their strategies for about five years, until 2004. An organization that keeps track of world records for video games, Twin Galaxies, received a VHS tape from Wiebe. The video showed Wiebe hitting the first-ever score of one million points on the popular Donkey Kong arcade game. Wiebe while describing the Donkey Kong game ending said that after reaching the top of the tower and rescuing the girl for a short while as the Donkey Kong again whisks her and the game starts again. And just as the game plays out, Wiebe’s victory was short-lived.

Wiebe was accused of playing with an unofficial circuit board, but he denies it gave him an advantage. Nevertheless, Twin Galaxies pulled his million score record from the books and put the prized title back up for grabs.

Wiebe decided to go for the million point record once again, but this time in person in 2005. In New Hampshire he attended a tournament, and after playing for a whole of two and half hours he hit the game’s kill screen. He scored 985,000 points, said Wiebe. He further added that he did not break his one million record that he had recorded on the video tape but as he done in the tournament and he was very close to achieve a million, he thought they will admit that his recorded video was real, not tempered.

Still the record-breaking score of a million points was in his grasp. Later a tape from Mitchell, Wiebe’s rival, arrived at the gaming tournament. It showed that Mitchell had successfully scored the million record, and Twin Galaxies declared Mitchell as the Donkey Kong record holder.

A few years later both Wiebe and Mitchell continued to fight for new high scores. But with the passage of time, new players threw their hats in the ring and beat those records. By 2018, Wiebe and Mitchell had faded into the background until Twin Galaxies came out with an announcement. Twin Galaxies accused Mitchell and others of faking and forging the tape that Mitchell had sent to the New Hampshire gaming tournament using unofficial hardware.

Nevertheless, Mitchell denied the accusations. He had his high-score titles reinstated by the Guinness Book of World Records, but the Twin Galaxies still dethroned him.

Twin Galaxies declared Wiebe as the first player to ever break a million points in Donkey Kong. Wiebe said that he do not see himself getting the world record ever again; but all the efforts he did were worth it.

Twin Galaxies declared Wiebe, the now-high school math teacher, as the first player to ever break a million points in Donkey Kong